Watch their reunion amid the pandemic – Hollywood Life 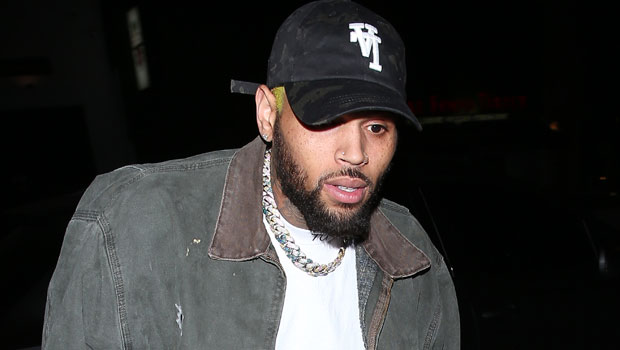 Playing Chris Brown with his little son Aiko might just be the best new video on the internet.

Chris Brown31 years to make up for lost time! The singer “Forever” was dabbling with happiness while playing with his son Aiko Cattori Brown In a new video shared with Amika HarrisChris, 31, and Aiko on Instagram on Monday 12 October were separated for several months thanks to the COVID-19 travel ban, but their bond remains strong.

In the video, the 10-month-old sits on the bed while Chris comically hits his neck and pretends to be biting him. Aeko is still a little too young to speak up but nothing wrong with giggles of joy. Chris seems equally happy to finally play his son head-to-head, rather than bypass FaceTime.

Less than a week ago, Chris shared the happy news of his family reunion with his fans. On October 6, he shared a photo of himself with Amika And their beloved boy on Instagram. Caption the photo: “Made it,” along with a red heart-shaped emoji. In the photo, Aeko looks warm in a red, white, and blue hoodie. Ammika is evenly grouped into a large red coat and black leather pants. Chris, in a camouflage jacket and jeans, wraps his arm around Amika, who is carrying their son.

Chris hasn’t exactly revealed where he was reunited with Amika and Aiko, but he’s likely traveled overseas to see them. Amika and Aiko have lived in Germany since before the outbreak. Such as Hollywood Life Previously reported on running again, the couple again decided that instead of risking their new son’s health, she would stay in Europe with their son.

“Amika loves nothing more than being reunited with Aiko with Chris,” a July insider, “but their main priority as parents is the safety and well-being of their child.” Chris [was] It is not permitted to travel to Germany due to the current travel restrictions, which do not allow US citizens to travel to Germany.