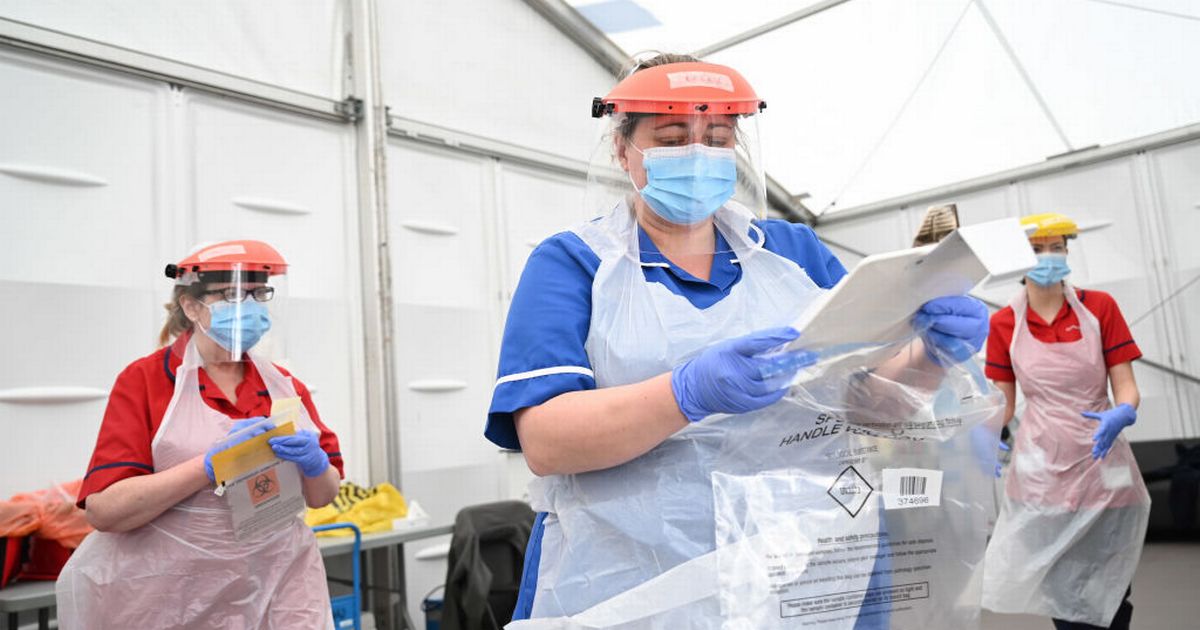 The UK’s coronavirus death toll has climbed by 18 bringing the total number of fatalities in all settings to 41,347.

The latest figure refers to all deaths of patients who have died within the 28 days of a confirmed coronavirus case.

The new method come following a government shake-up in how cases are counted.

Public Health England says it will not be releasing today’s new lab-confirmed cases due to ‘technical difficulties’.

Earlier today it was announced that 13 coronavirus patients died in the UK’s hospitals.

All 13 hospital fatalities were in England, with none in Wales, Scotland or Northern Ireland.

It is a slight increase from yesterday’s daily increase of 11, while there were 77 fatalities in all settings.

A week ago eight fatalities were recorded, compared with 14 a fortnight ago.

Data released earlier today has identified six new hotspots in the UK where infection rates are highest – and suggested that more than 24,000 people are currently ill with symptomatic coronavirus.

Figures from the COVID Symptom Study app suggest Halton in Cheshire is now the worst-affected place – overtaking Blackburn as the number one hotspot.

After analysing data, experts believe that Dumfries and Galloway, Thurrock, St Helens, Middlesbrough, Blackpool and Lancashire have emerged as areas of concern.

All six have been added to the app’s watchlist, which also includes Tameside, Halton, Bolton and Blackburn with Darwen.

In Halton, one in 300 people are thought to have symptomatic coronavirus.

More than three million people may have already had Covid-19 in England alone, scientists believe – far higher than previous estimates.

A new study by Imperial College London saw 100,000 volunteers tested for antibodies – and found 6% had been infected with the virus.

This means that 3.4 million people could have had coronavirus by July 13, experts concluded.

Londoners, people from ethnic minority groups and care home workers were the most likely to have antibodies, scientists found.

The survey was conducted with the use of a simple finger-prick home test said to be easy and accurate enough for mass surveillance studies.