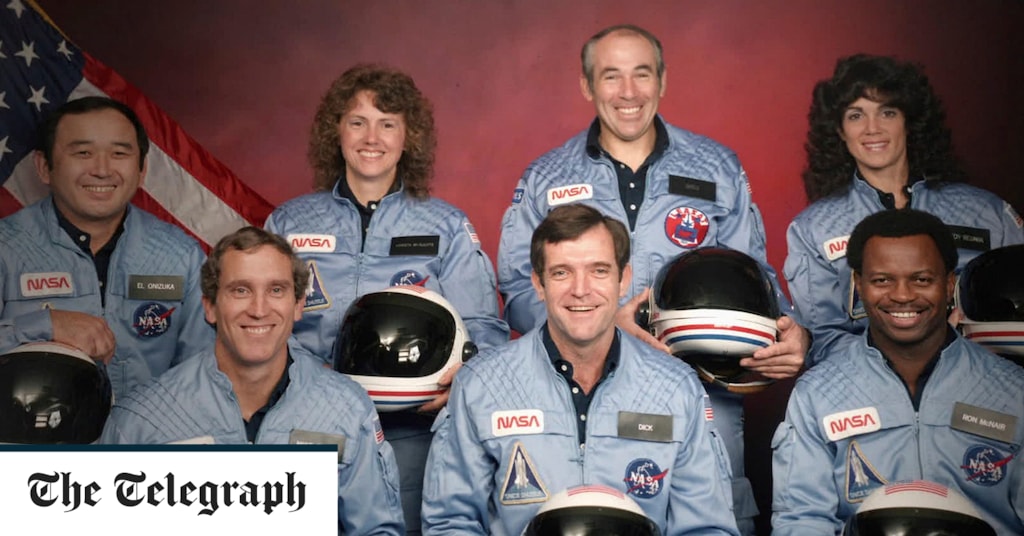 It’s been nearly 35 years since the Space Shuttle Challenger disaster, when seven American astronauts died in January 1986 when their spacecraft exploded just one minute after it was launched from Cape Canaveral. As with the Kennedy assassination or the death of Diana, Princess of Wales, those of us of a certain age can clearly remember where we were at the time.

I remember seeing in the news that evening movie of the various steam paths as parts of the spacecraft were traveling in different directions; But I remember better watching the next day footage of the remarkable televised speech President Reagan gave to his people on the evening of the tragedy, in which he expressed on behalf of America the response to a true national tragedy.

He concluded with a quote from the poem “High Flight” by John Gillespie Maggie Jr., a RCA pilot who was killed in a battle in 1941, saying that the astronauts had “slipped into the bonds of Earth” to “touch the face of God.” Imagining the current White House occupant acting with such distinction enlarges the imagination impossible.

Reagan was of course an actor – albeit not of the highest caliber – and he knew how to bring his lines to the utmost effect; That was probably his greatest speech and his best performance. Excerpts from his speech, and many other contemporary footage, appear in a four-part documentary on the disaster on Netflix, Challenger: The Final Flight, which uses testimony from NASA observers and rocket engineers not only to retell the story, but to look in detail on what went wrong and who is falling. Blame.

What also sets the story apart, after telling the story about the evolution of the space shuttle program, the selection of astronauts, their life stories, and their preparation for a fatal moment, is the request Reagan made to the former attorney general, William. Rogers, who headed the investigation committee (Neil Armstrong, the first man on the moon, was the Vice President), should not be blamed on NASA.