The Xbox mobile app is undergoing a major upgrade. Soon you will be able to share stories with her as you know from Snapchat and Instagram. Of course, these stories are not about what you ate or the festival you participate in: they are about what you play or experience in the game. Consider sharing achievements, screenshots, and even short game clips.

Xbox app update coming to iOS and Android soon. It will debut in Australia and in time will reach more regions. If you have it installed, you can click the plus sign next to your gamer’s name (your Xbox name) within the app to create a post. It can then be viewed on your profile for 72 hours. It’s not quite like Instagram, because you can’t put all kinds of crazy stickers and text on it. It is only possible to create a comment. Xbox will probably keep it as simple and clean as possible, to reduce moderation, something the European Union has been keeping their eye on lately.

However, it is similar to social media. As Microsoft wrote, “Stories allow you to showcase your skills and keep up with your friends. You can share your favorite gameplay moments, including game clips, screenshots, and achievements, with your friends and the Xbox community. You can also reply to your friends’ stories with a message or a quick reply.” So a quick reply or Message, which will make the Xbox app more social.

The question is whether it will be very successful. While players certainly aren’t shy about flaunting their achievements (after all, they put a lot of time and energy into it), the way it’s presented isn’t all that great. This is mainly because the TV screen and the game on which it is shown has a landscape orientation, while a smartphone – especially when it comes to social media – has a vertical screen. Because of this, the game’s image doesn’t look quite like that, but maybe the Xbox will add the ability to tilt your screen, so you can still see how that buddy is scoring a nice goal in Rocket League.

In addition to the Stories option, a new QoS option is also coming to Xbox consoles, which will allow Internet traffic with a lot of network problems to gain some kind of important flag, such as multiplayer games. However, you must have a router or ISP network that can support that as well. In the Settings app under General Settings, Network Settings, Advanced Settings, you will soon see a new button for QoS Tagging settings.

Stories really do spread everywhere, but they don’t work as well everywhere. Instagram copied Stories well from Snapchat, but “Fleets” on Twitter and Stories on LinkedIn didn’t work well. The question is to what extent this social aspect is captured within the Xbox app. For example, it is not known whether you can also share posts via other social networks in this way. It doesn’t look like it at the moment, so this remains a party within the Xbox app. 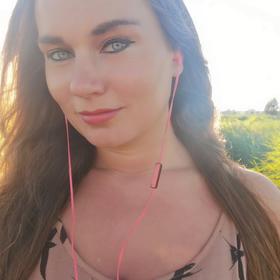 When she’s not writing, she’s wandering about in the great world of entertainment or somewhere in the real world. Mario is the man of her life…