Esports news: PUBG Mobile (PUBGM) has been nominated again for the 2021 Esports Awards, one of the most prestigious award events for everyone in esports in the world.

As reported by Esports.ID, the success of creating an esports ecosystem and strategic programs ranging from amateur to professional levels made PUBGM included in two categories of nominations, “Esports Game of the Year” and “Esports Mobile of the Year”.

In terms of the national esports scene, PUBG Mobile has just been contested at the XX Papua PON Esports Exhibition 2021, with an achievement witnessed by 6 million viewers for the main tour group, and YouTube PUBG Mobile Indonesia was ranked 4th in the gaming category. In the final round of PON, DKI Jakarta won the gold medal.

Moreover, at the amateur level, PUBGM also facilitates community teams to develop and hone their skills through the organization of the PUBG Mobile Jawara Community (PMJC). The PMJC qualifying round is scheduled for October 2, 2021 and the Grand Final on October 3, 2021 in 400 provinces in Indonesia. The total prize pool in this tournament is IDR 680 million.

The news of PUBGM’s nomination for the 2021 Esports Awards along with the announcement of their continuing collaboration with DJ Alan Walker, is a reunion that presents two singles simultaneously. 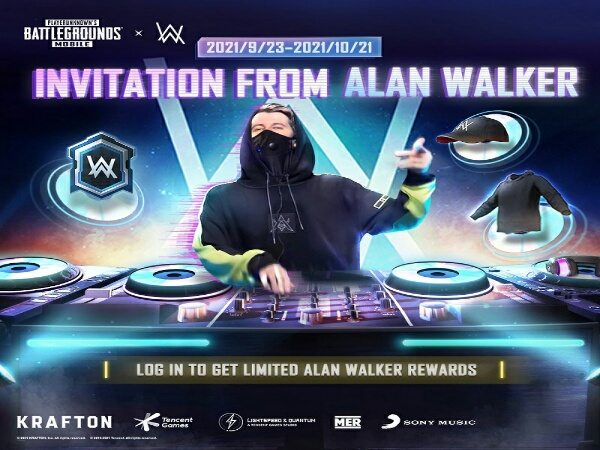 After the song “Don’t You Hold Me Down” last September, Alan Walker x PUBG Mobile once again released a new collaborative song, “Paradise,” which was released in-game and can be listened to in the lobby.

At the collaboration event taking place from September 23 to October 21, players will have the opportunity to get Alan Walker music tickets that they can redeem for permanent collaboration items, and exclusive British-Norwegian DJ mixes.

Meanwhile, fans of the esports community in the country, who would like to participate in voting for PUBGM at the Esports Awards 2021, can visit https://esportsawards.com/vote/. You can vote once per day, and the voting session will end in early November.