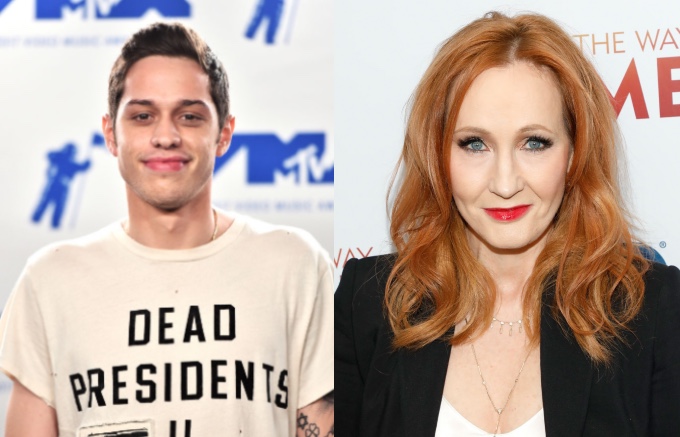 Pete Davidson lamented getting A. Harry Potter Themed tattoo by J.K. Rowling made her “disappointing” views against transgender people.

He was asked for his thoughts on the Rowling controversy Saturday Night LiveOn the weekend, Davidson simply replied, “I think I haven’t gotten another tattoo for the rest of my life.”

The comedian previously revealed that he has up to six Harry Potter Themed tattoos, including those depicting a golden snitch and a screening hat.

“I have Harry Potter Years ago tattoo because I am not psychic. Davidson said, citing Gibson’s previous anti-Semitic comments and his use of racist slurs.

Davidson continued, “I have Game of thrones Tattoo, now I’m terrified someday George R.R. Martin will be like, “Hey, if you’ve enjoyed what I had to say about dragons and wolf cures, wait until you hear what I think about Puerto Ricans!”

When asked how he felt when he saw Rowling’s comments about the transgender community, Davidson said, “It’s really painful because I have such a close connection to these movies. I even look like Dobby the House Elf if he becomes a TikTok rapper,” he joked.

He went on to tell Weekend Update host Colin Jost that her comments were “extremely disappointing”.

“I was longing for a few years when the worst thing I ever did was these Fantastic monsters Movies. There is no discrimination there, those films hurt us all equally. “

He added, “I mean, what is Colin wrong with her? She writes a fictional series of seven books about all kinds of mythical creatures that live in harmony with witches and elves and the only thing she can’t wrap is Laverne Cox? It’s a national treasure!”

Rowling faced international backlash from LGBT + individuals and organizations when dealing with the umbrella term “people who menstruate”.

She later multiplied her opinions in a long and controversial article that she posted on her website.

The author recently came under fire again when she launched an anti-transgender store that sells “lesbians have no male members” and marches “f ** k your consciences.”