Most Asian economies are heading for contraction 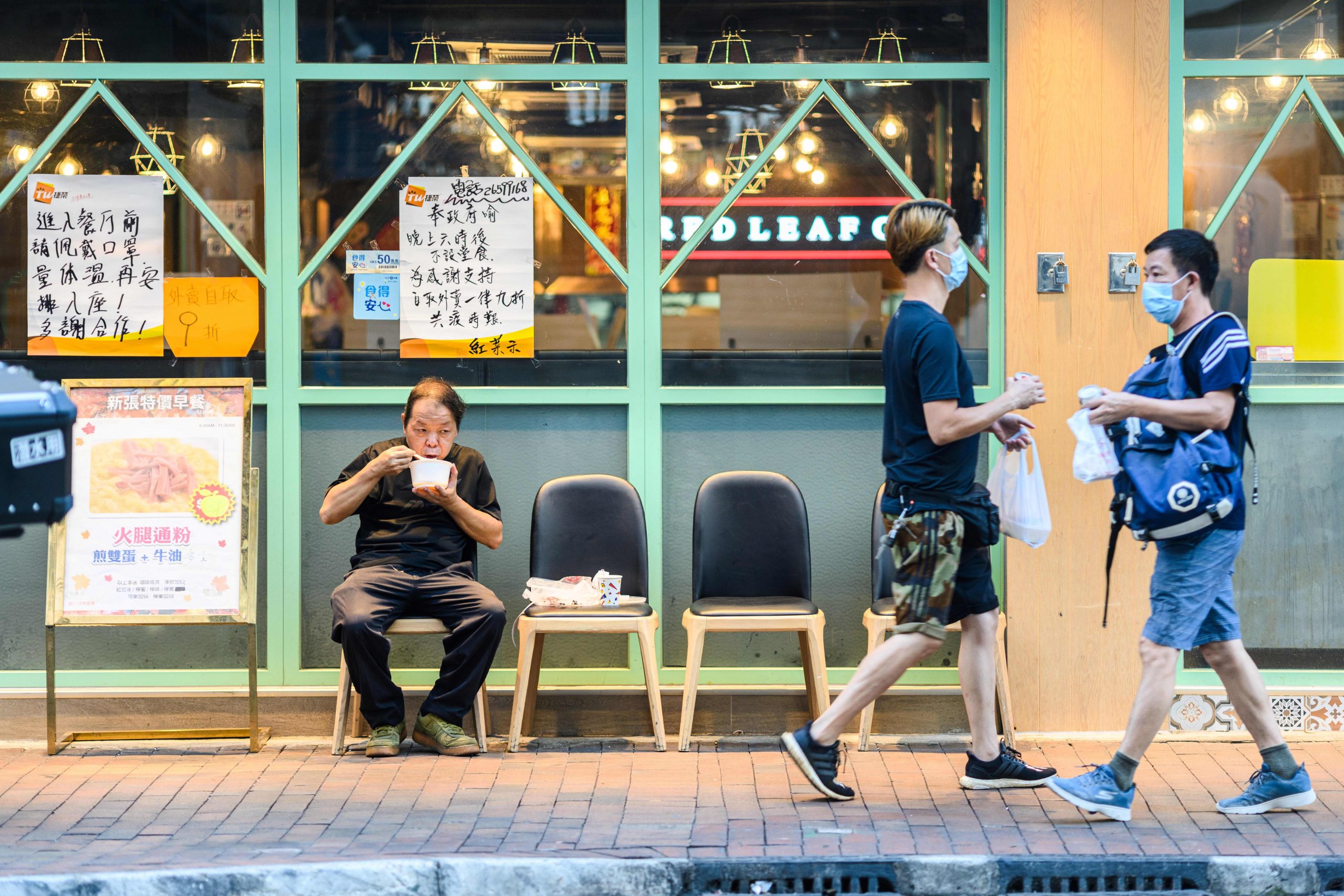 A man eats a ready-made meal on a chair placed outside a restaurant in the Sham Shui Po district of Hong Kong early in the morning of July 29, 2020, as new social distancing measures come into effect that includes restaurants that are only allowed to serve fast food, to combat a new wave of Coronavirus infection.

SINGAPORE – The Asian Development Bank said developing Asia, which includes countries like China, India, Indonesia and Singapore, will contract this year for the first time in nearly six decades as the coronavirus pandemic continues to affect economies around the world.

In its updated forecast report, the Asian Development Bank said that the gross domestic product in developing Asia will contract by 0.7% this year. The bank also said that three-quarters of the region’s economies are set to contract in 2020, lowering those countries’ GDP forecasts.

“Moreover, the travel ban really undermines the free flow of people as well as trade in goods and services,” he said.

In an effort to slow the spread of the virus, some countries have closed borders to non-residents while most have implemented varying degrees of social restrictions, including periods of total closures in places like India.

China, where the coronavirus outbreak was first reported in late December, is the only country that is expected to post positive growth, albeit well below the levels reported by the world’s second-largest economy in recent years. China is set to post 1.8% growth in 2020, down from a previous forecast of 2.3%, as its economy slowly returns to the right track, according to the report.

The country’s infection levels appear to be under control. This is in contrast to the rapid outbreak in India, which is now the epicenter of the epidemic in Asia with more than 4.8 million cases reported.

The Asian Development Bank said India is expected to post a decrease of 9% in the 2020 calendar year. That has been revised down from a previous forecast of 4% growth. The Indian fiscal year runs from April 1 to March 31 of the following year. In the three months between April and June, the Indian economy contracted at the fastest pace of 23.9% after a national lockdown between April and May.

Growth will likely pick up in 2021 as developing Asia is expected to post a 6.8% expansion. India is set to grow 8% in the next calendar year, according to the report.

“Our basic assumption is that Covid-19 can be controlled during this year, near the end of this year. Once the health risks are contained, we can envision a strong recovery,” Sawada told CNBC. He explained that governments in developing Asia-Pacific countries have already announced support measures totaling more than $ 3 trillion, some amounting to 15% of GDP. He said that many of those countries still have room for more expansionary or accommodative policy.

“I think this is very, very important to preserve and maintain families, especially poor families and vulnerable groups, as well as small and small enterprises, so that they can recover strongly after the health crisis is contained,” he said, adding that “the broad package helped stabilize financial markets.”

Data from the Asian Development Bank showed that the bulk of the amount came from governments in East Asia, especially China.

But the bank warned in its report that a prolonged wave of COVID-19 infections could impede the recovery and add to supply and demand disruptions while mounting geopolitical tensions, especially between the United States and China, remain a threat.

The Asian Development Bank said prolonged weakness could lead to crises in some economies.