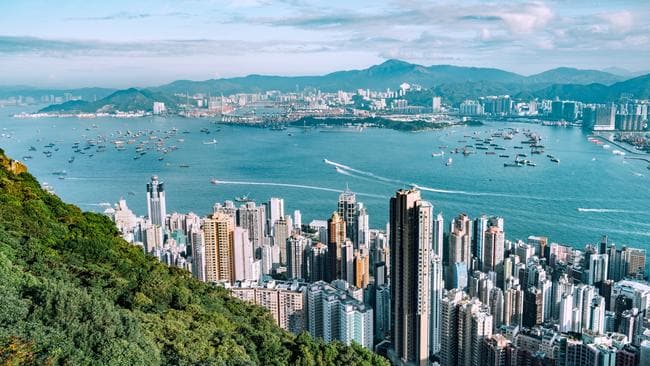 Hong Kong has put Australia on its shortlist for a potential travel bubble, despite lingering uncertainty over when Australians will be able to travel abroad.

The regional government said it has reached out to Australia and ten other countries – Japan, Thailand, South Korea, New Zealand, Malaysia, Vietnam, France, Switzerland, Germany and Singapore – to discuss the possibility of arranging a travel bubble.

So far, bilateral talks have been held with Japan and Thailand.

“These are the places we have had initial contacts with, but whether travel bubbles can be created … will depend on a combination of factors, including the epidemiological situation and its containment in the places concerned,” said Mr. Yao.

“These countries include those (who have) their situation under better control, and they also include some places (where) there is a strong mutual interest (in travel).”

He warned that the arrangement would only go ahead “without compromising any kind of risk.”

He said, “For example, at the last moment, even when things are ready, but if the health authorities have reservations about lifting the ban, I think of course we will err on the safe side.”

Yao said there is no time frame for creating travel bubbles but business travelers might be given priority.

He said, “It all depends on the extent of the parties’ preparation and comfort for the situation.”

“ It is also a question of whether we can agree to the protocol – including pre-boarding testing that must be mutually recognized by the relevant health authorities, and double insurance through a health check of the port, upon arrival, plus any additional measures. These are the issues that we need to discuss. “

RELATED: When will you be able to travel abroad again?

Hong Kong reported only six new cases of COVID-19 on Tuesday, including three local transmission. This is the lowest number of daily new cases since five were reported on July 3.

With the numbers of daily cases remaining low, the city will ease restrictions on public gatherings, reopen sports facilities and increase the number of visitors to restaurants on Friday.

This news comes days after Federal Health Minister Greg Hunt announced that the travel ban in Australia will be extended for another three months, until December 17.

But Prime Minister Scott Morrison said it was unlikely that our international borders would open by Christmas, casting yet another shadow over quarantine-free travel between Australia and New Zealand, which now looks more like the 2021 proposal.

At a press conference on Friday, Mr Morrison said that while it may be possible for New Zealanders to come to Australia, that does not necessarily mean that Australians go there.

“This is up to the New Zealanders,” he said.

“But if we can get to a situation where we understand how to identify hotspots in New Zealand, that means, hopefully, every now and then (Christmas) that we might be in a position to come to Australia and experience Australia, which would be great for our tourism industry.” .