At the age of 21, it was a record number of GT World Challenge Australia cars since its acquisition of SRO

It’s a new year for the AWS-powered Fanatec GT World Challenge that kicks off this weekend with the Australian Championships at Phillip Island Circuit. Defending champion Yasser Shaheen (Bend Sports Car Park) continued what he was doing in 2021: winning. Along with Christopher Mays, he beat other Audis from Chazz Mostert and William Talbot (CoinSpot) on Sunday, but on Saturday it was the latter who triumphed. The Trophy class for older GT3s was also no different from last season. There we again saw Brett Hobson (Hobson Motorsport) and Brad Schumacher (Schumacher Motorsport) in the lead.

The Nissan Hobson was in pole position in Race 1 and took the lead at the start, but after 15 minutes lost two spots to Talbot and Shaheen, before the safety car reached the track after Eric Constantinides crashed (our Claude – up to 11 motorsports). Hobson lost another place to Stephen Grove’s Porsche (Grove Motorsport) on restart. Schumacher had qualified well, but had to start from the pit lane. He was in the top ten in the middle of the race. 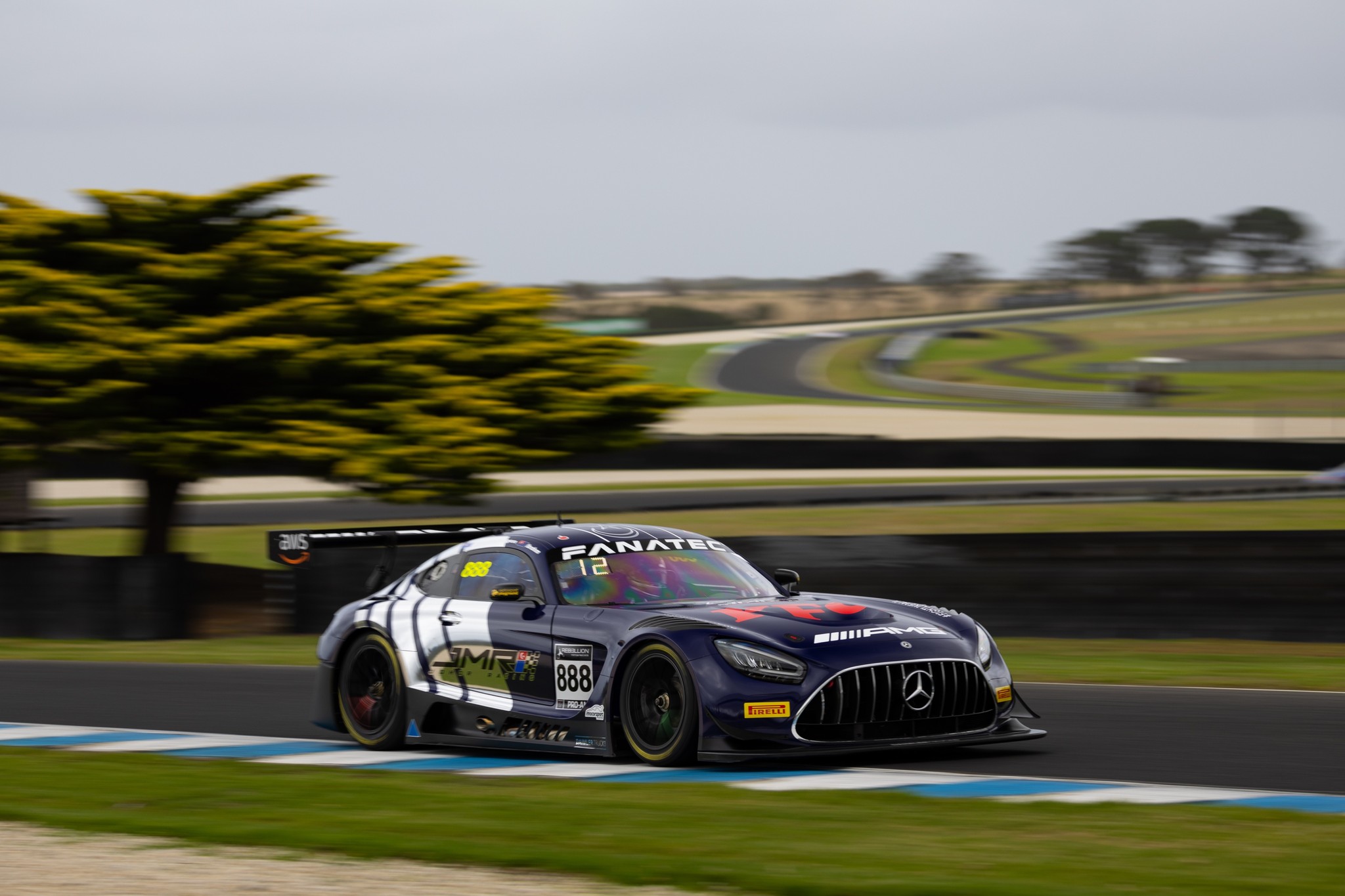 Van Giesbergen and Ibrahim left Phillip Island with only third and fifth places in the Pro-Am . class

After changing the driver, Mostert kept Mies behind and won the first race of the season with Talbot. The Mercedes-AMG of Shane van Giesbergen and Prince Jeffrey Ibrahim (three-engineered eight races) took third place after the Malaysian finished 12th overall. Tony Bates and David Reynolds (C-Tech Laser) finished fourth, ahead of father and son Stephen and Brenton Grove. 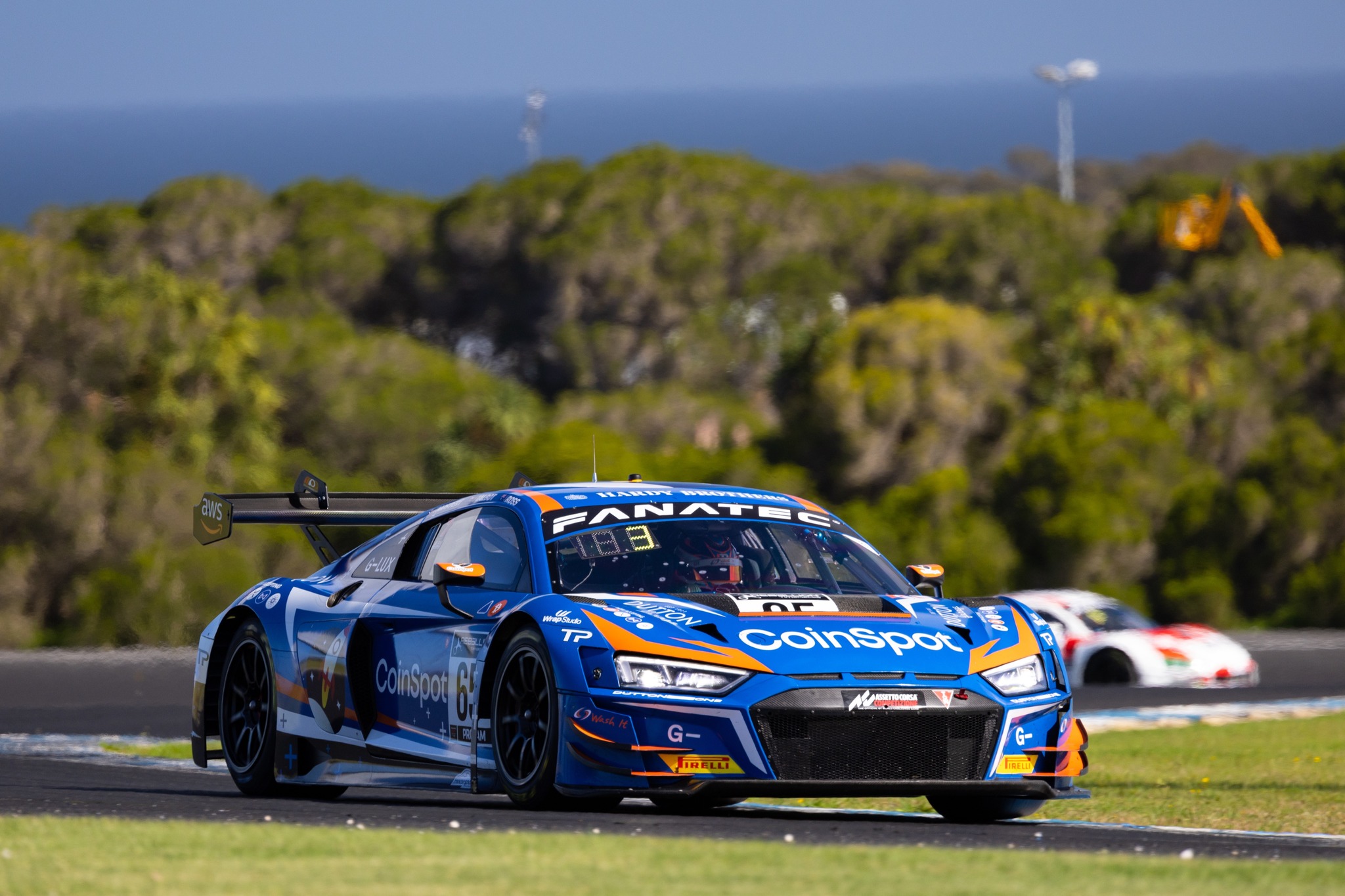 Despite being barely able to get himself ready after a late call to replace Fraser Ross, Mostert won Race 1 alongside Talbot.

Schumacher finished sixth in the overall standings and took home the Cup category title after Hobson was penalized for a very short stop. Paul Stokell (KFC Racing) won the Am class after a nice fight with teammate Matt Stoupas, while Mark Rosser (What do Meme Meme?) didn’t make the day with three visits to the gravel pit. 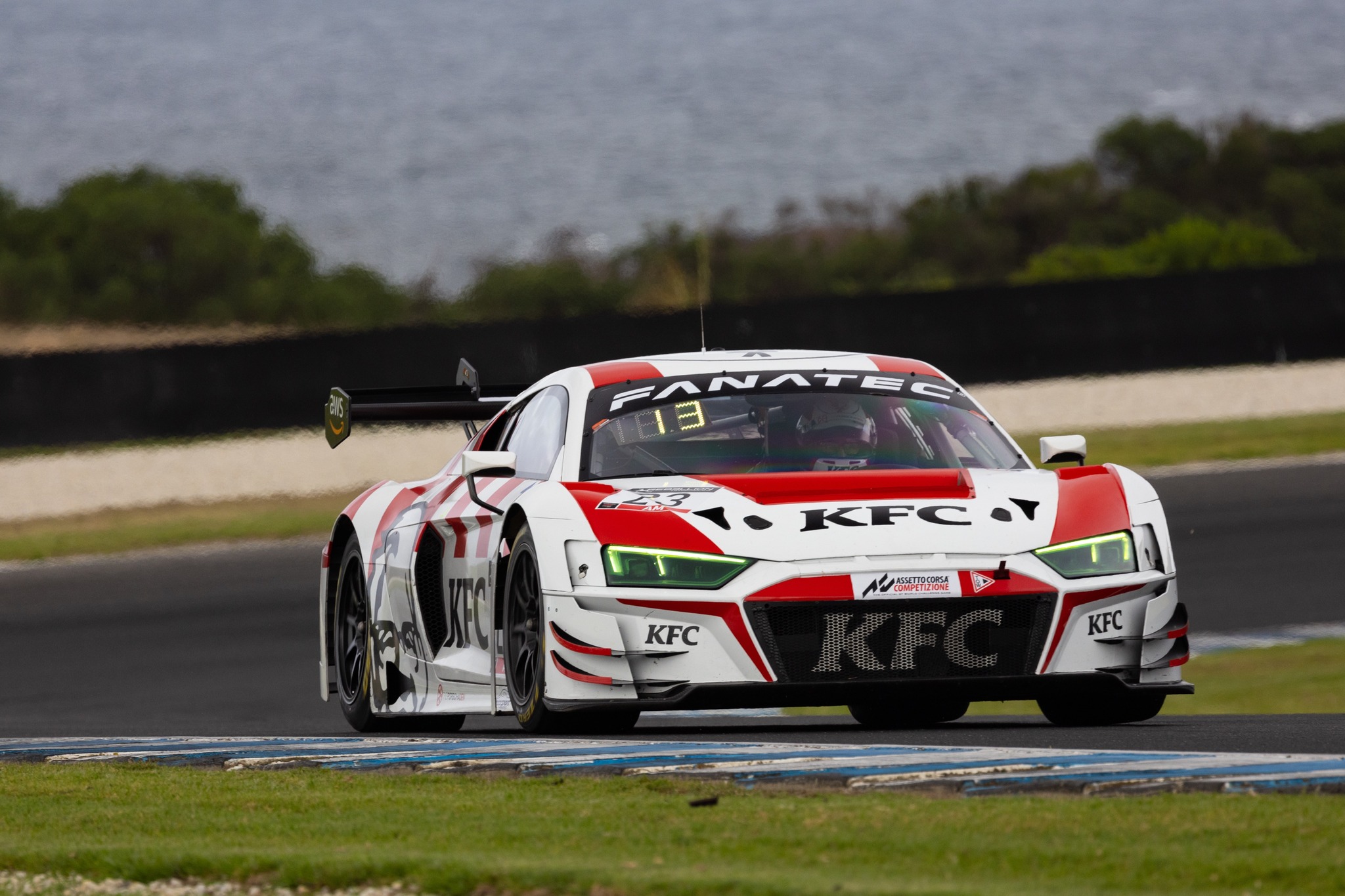 Mostert and Van Gisbergen started Race 2 from the front row, but both were passed by Mies in the sprint to Doohan’s corner. Van Gisbergen was second for a while, until the New Zealander slipped behind Mostert and Reynolds. Mostert bridged the gap between him and Mays in the ensuing laps, and a fantastic fight erupted between the German Audi expert and the captain of the Repco Supercars championship. However, Mays unexpectedly had to brake for Constantinidis’ slow-moving Porsche Cup sedan and Mostert hit him, but the damage to CoinSpot Audi was repaired with duct tape. 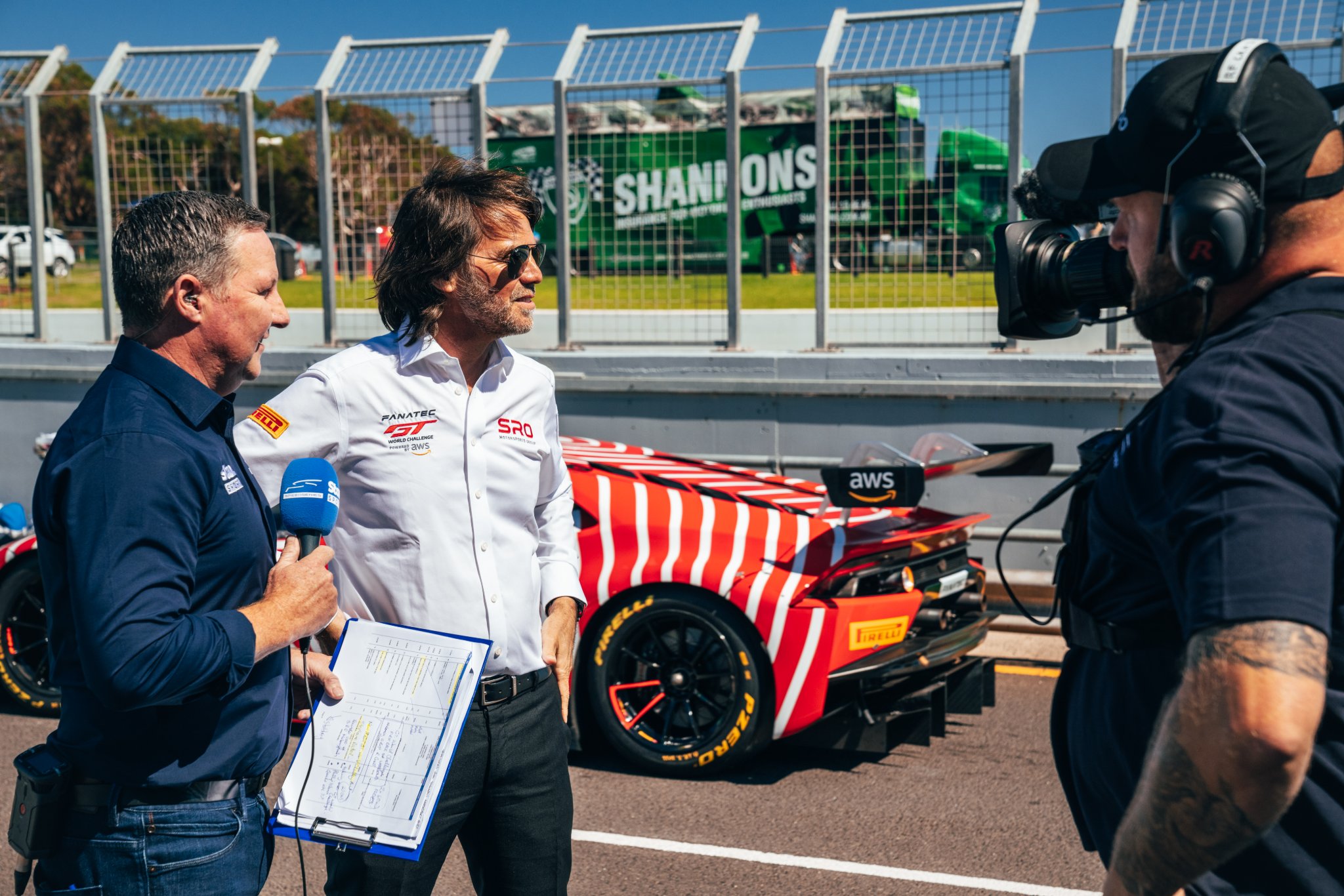 Stefan Rattle, CEO of SRO, was also in Southeast Australia for the season opener

Bates took the lead after the pit stop as he failed to take a penalty, but Shaheen was the fastest amateur rider and overtaken despite light contact at a hairpin exit after Lukey Heights. Mays and Shaheen won on Sunday ahead of Mostert and Talbot, with the latter also overtaking Bates. Schumacher once again won the cup class in P4 overall. Van Gisbergen and Ibrahim didn’t have a good rhythm and ended behind the Grove family. 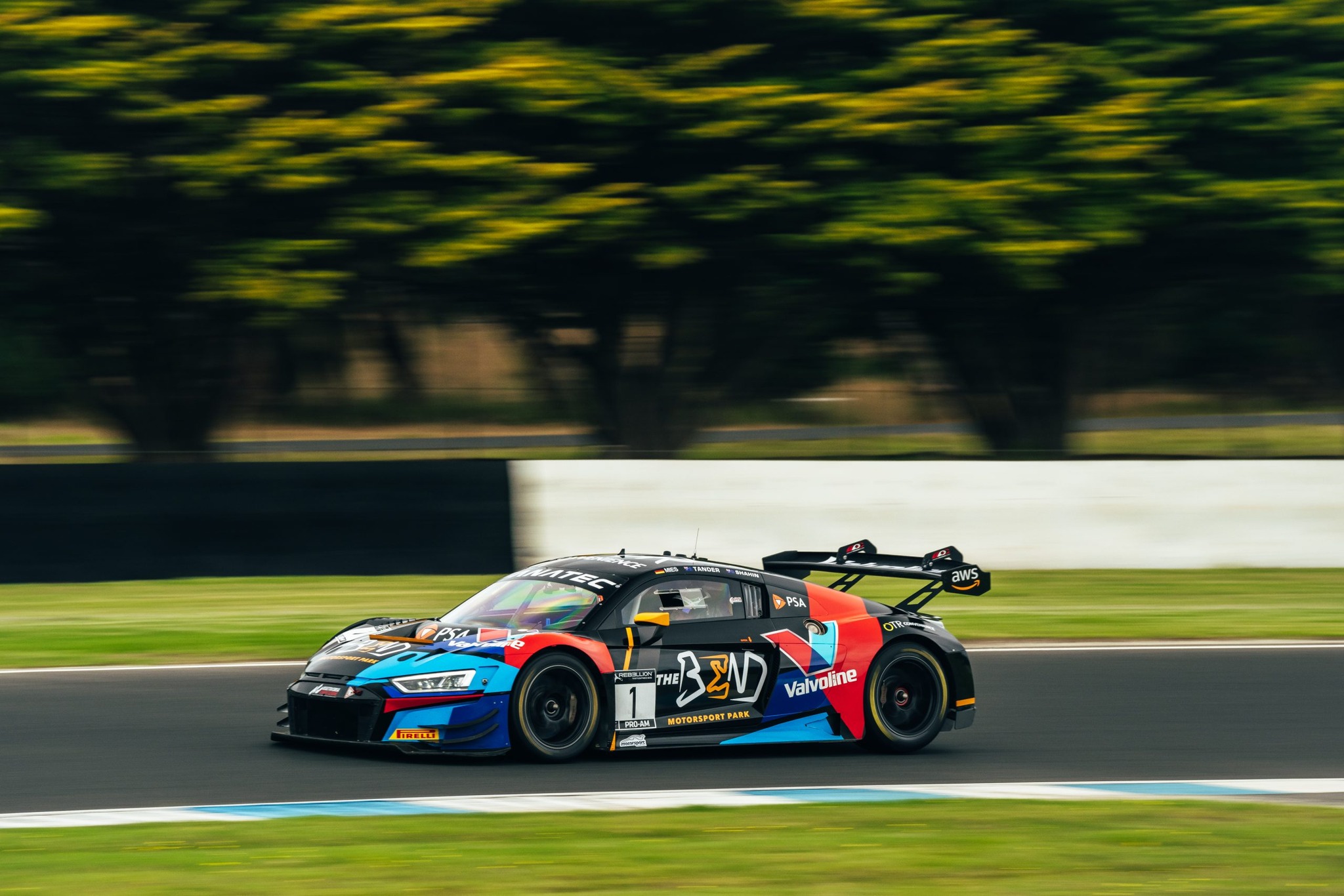 Hobson finished third in the Cup class behind Dean Cutsumidis of a 997-generation Porsche (Equity One), after the Nissan driver had to start from behind. In the Am class, Stoupas won after a fight with Garth Walden & Mike Sheargold (RAM Motorsport), and Rosser and Dean Macpherson & Ben Porter (AMAC Motorsport). Sam Brabham, grandson of three-time Formula 1 champion Sir Jack, claimed two GT4 class victories alongside Ross Polakis at Harolds Racing Mercedes-AMG. 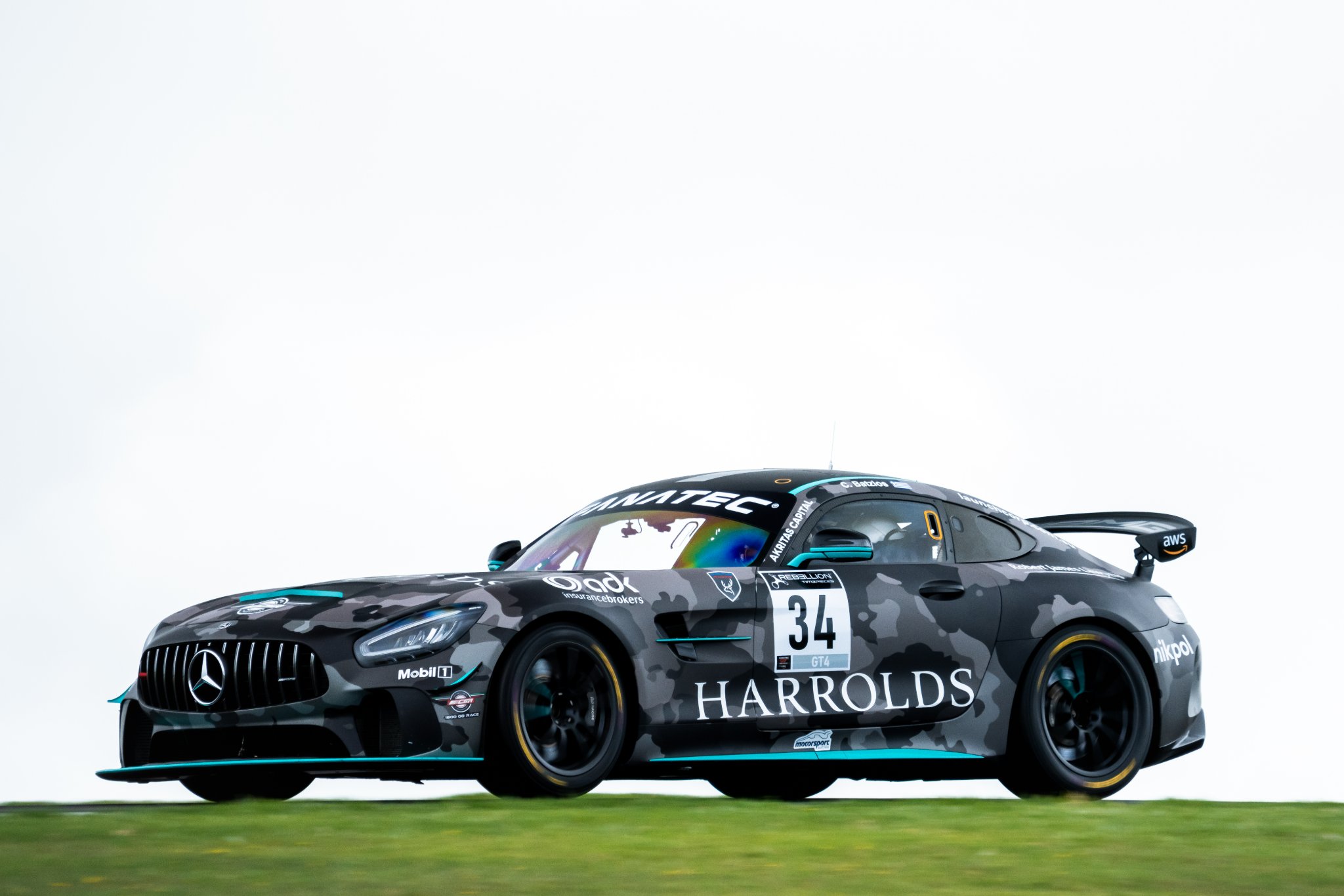 Brabham and Polakis beat the other Mercedes-AMG of Mark Griffiths and Ginetta Madeleine Stewart in the GT4 class.

The next round of the AWS-powered Fanatec GT World Challenge Australia will be held at Mount Panorama on May 15. The first two hours of the Liqui Moly Bathurst 12 Hour will count towards the tournament.