It is out of place in how humanity deals with waste.

In his sixteenth feature documentary film, This issue is misplaced The great Austrian educator Nicholas Gerhalter sheds light on the thorny topic of waste in his distinctively committed way. Most of his films have an environmental theme, and sometimes an anthropological approach. It’s funny that at the beginning of “Out of Place”, waste experts in Germany dug into the ground to find waste. Modern household waste every day seen as an archaeological find.

Gehrhalter focuses primarily on Europe with a strong interest in Switzerland and Austria, but there are flights to the United States, the Maldives, and Nepal. The places where he was photographed are mentioned in the credits. This tropical island in the Maldives offers an unforgettable image of a large amount of colorful plastic among palm trees, in that earthly paradise. Another memorable moment is when the jaws of the crusher grind waste, of all sizes, into a fine powder. In this documentary, Gehrhalter sparks his interest in operations. How do you dispose of this waste? Waste burning can also be seen here. 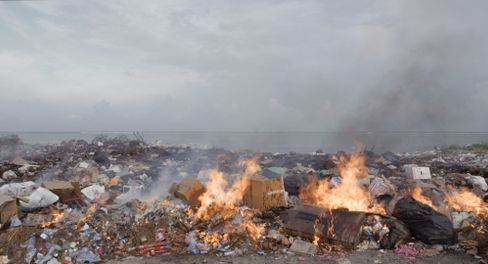 All possible ways to dispose of waste were shown, divers even bring waste from the seabed to the surface. We won’t soon forget the garbage truck hanging under the ski lift. You could describe Gehrhalter’s work as demure and distant, but it always contains memorable images that encourage thought. His camera is usually stationary, and he never uses dialogue, voiceover, music, or subtitles. This reflective approach to filmmaking gives viewers space to think and draw their own conclusions.

Gehrhalter is a welcome oasis in the world of chat parties, a label that sticks with most documentaries. Since his debut in 1993 with Eisnertz, he has built an impressive portfolio of business, and his team of photographers and editors are first-rate. Our Daily Bread from 2005 is perhaps his most famous documentary, and there is also a fascination with the operations. How our food is made, cute pictures with cattle, don’t let go. In Homo Sapiens (2016) we see the remains of landscapes and human structures. From a philosophical perspective, the director deals with pressing matters that matter to people and our planet. Matter Out of Place is another disturbing and unforgettable viewing experience introduced by Gehrhalter. 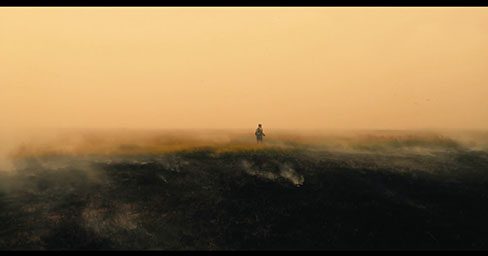 Pictures speak louder than words, they must apply to them heaven by Alexander Abutorov. The documentary is about forest fires in the city of Sakha in northeastern Siberia. Villagers shoot dragons. See how they are trying to survive with the oncoming flames. Entire villages are burning. There are interesting moments with the firefighters trying to get the fire under control. In the beautifully illustrated documentary, the director unfortunately did not let the images speak enough. In the terrifying images of fire, the fairy tale of Sakha is recited. While the visuals and sound of that morbid fire suffice.

IDFA until November 20 in many locations.