Doctors say Trump may return to the White House tomorrow, as the condition improves 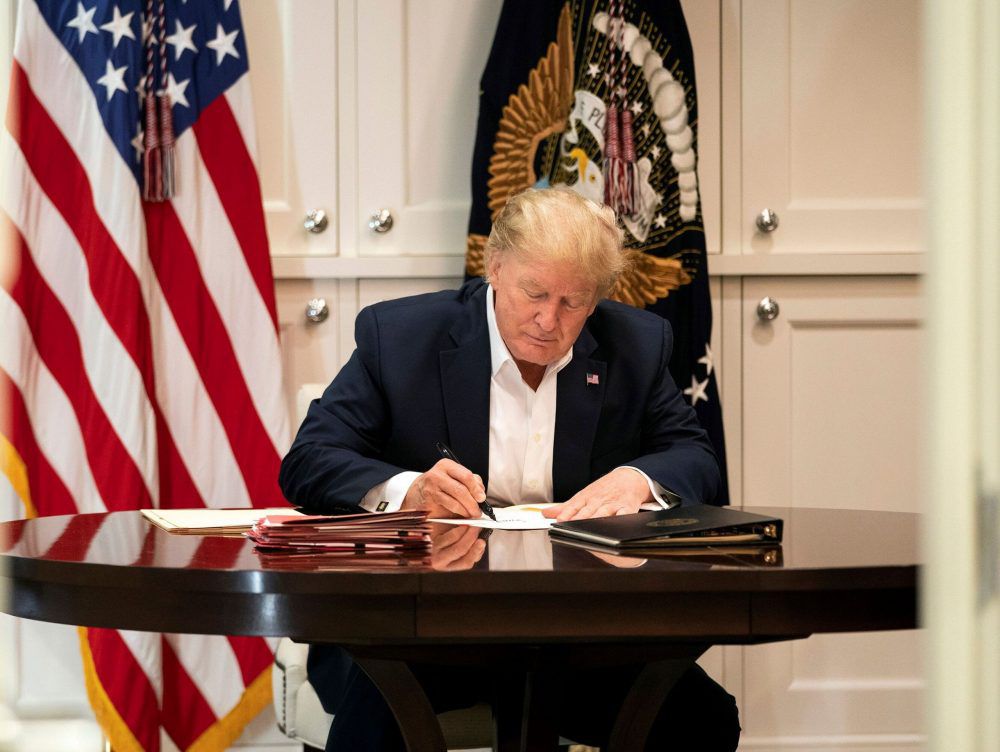 Doctors leading his treatment on Sunday said President Donald Trump’s condition is improving as he is being treated for COVID-19 in a military hospital, and he could return to the White House early on Monday.

The speech came the day after a string of contradictory messages from the White House about Trump’s conditions that had caused widespread confusion over his health.

The patient continues to improve. Dr Sean Dooley told reporters at Walter Reed National Military Medical Center, where Trump has been receiving treatment since Friday, has been without a fever since Friday morning, and his vital signs are stable.

Trump released a four-minute video on Saturday in which he said that the “real test” of his condition would come over the next few days.

“Over the next few days, I think that’s the real test, so we’ll see what happens over the next couple of days,” Trump said in front of the camera, looking tired, wearing a jacket and open-necked shirt.

Trump’s illness turned the campaign ahead of the presidential election in November and shed light on the president’s handling of the pandemic. The Republican president trails his Democratic rival, Joe Biden, in opinion polls.

A Reuters / Ipsos poll released on Sunday showed Biden is 10 points ahead of Trump nationally, slightly wider than he has been in the past two months. About 65% of Americans said Trump would not have been infected had he taken the virus more seriously – a view that half of the Republicans registered in the survey endorsed. About 55% said they did not believe Trump was telling the truth about the virus.

The Trump campaign has pledged that Vice President Mike Pence, who will take over the presidency if Trump is unable to fulfill his duties, will have an “aggressive” campaign schedule this week, as will Trump’s three older children.