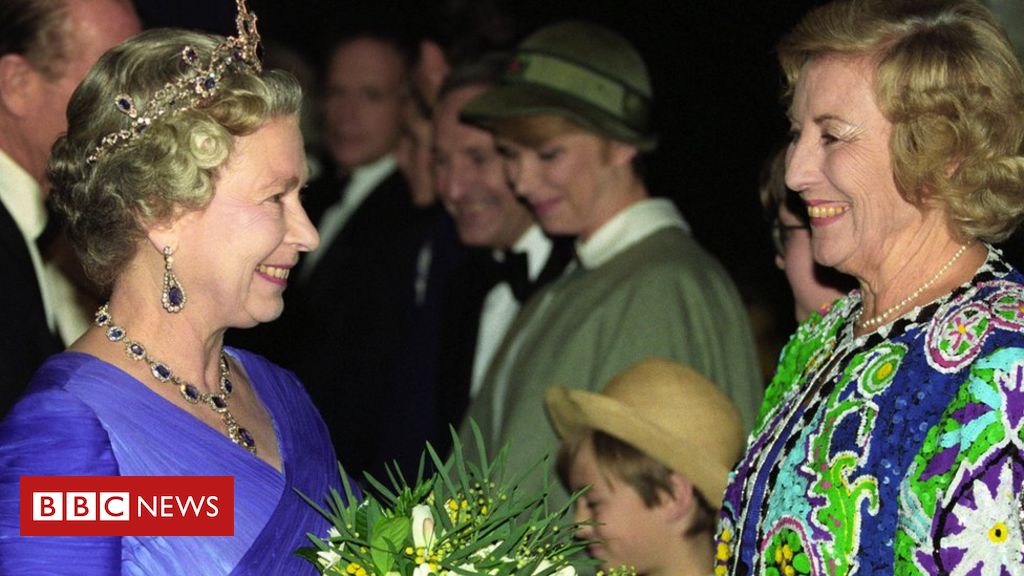 The Queen, Prince Charles and Beatles legend Sir Paul McCartney are among those who have paid respects to Dame Vera Lynn, who has died aged 103.

Buckingham Palace said the Queen will send private condolences to the singer’s family.

Virginia Lewis-Jones said during a BBC One special on Thursday evening: “We as a family are very sad that my mother is no longer with us and this programme is a tribute to her wonderful life and her fantastic career.

“She touched so many people’s lives and we are very, very proud of her.”

Sir Paul tweeted after the programme to describe Dame Vera as “strong and inspiring”.

“I am so sad to hear of her passing but at the same time so glad to have met her and experienced first-hand her warm, fun-loving personality. Her voice will sing in my heart forever,” he wrote on Twitter.

Clarence House shared images of the singer meeting Prince Charles and the Duchess of Cornwall and receiving her honour at Buckingham Palace.

The Queen previously echoed Dame Vera’s famous WW2 anthem during a speech to Britons who were separated from families and friends during the coronavirus lockdown in April.

Prime Minister Boris Johnson said Dame Vera’s “charm and magical voice entranced and uplifted our country in some of our darkest hours”.

Labour leader Sir Keir Starmer said: “Her songs still speak to the nation in 2020 just as they did in 1940.”

BBC director general Lord Hall said: “What sad news. Not only was she dear to many, she was a symbol of hope during the war and is a part of our national story.

“She demonstrated how music and entertainment can bring joy in the most challenging times. Something that will resonate with many people today.”

Dame Vera’s family said they were “deeply saddened to announce the passing of one of Britain’s best-loved entertainers”.

In a statement, they confirmed she died on Thursday morning surrounded by her close relatives.

“She had a huge impact on me in Burma and remained important to me throughout my life.”

Sir Cliff Richard, who performed with her on the 50th anniversary of VE Day in 1995, said she was “a great singer, a patriotic woman and a genuine icon”.

He recalled his “best, and favourite, memory” of sharing a stage with her in front of Buckingham Palace that year.

“We walked to the stage through a crowd of survivors of that war, and they were reaching out to touch and get a smile from Vera,” he remembered.

“I heard the words… ‘God bless you’ … ‘Thank you’ … ‘We love you’ for their very own Forces’ Sweetheart! A great singer, a patriotic woman and a genuine icon.

“It was she who chose the sentiments of her songs – she knew instinctively what people needed to hear, how to rally the morale and her spirit and strength created the soundtrack of a generation,” she added.

Michael Ball said she was “an inspiration to us all”, adding: “We shall never see her like again.”

He wrote that “her talent was so very rare and special”.

The incomparable Dame Vera Lynn has left us. Her talent was so very rare and special, her service to this country an inspiration to us all and we shall never see her like again. Thank you, God bless you and rest in peace #dameveralynn

Elaine Paige wrote on Twitter that she was “very upset to hear the sad news”, and posted photographs, including one of herself with Dame Vera.

Alfie Boe, one of the younger generation of singers who appeared on an album released for Dame Vera’s 100th birthday in 2017, said: “It was a real pleasure to sing with her – an honour I will treasure forever.”

Rest in peace Dame Vera Lynn. Truly a national treasure, and this is such sad news to hear, especially at this time when her iconic song and spirit touched the nation. It was a real pleasure to sing with her – an honour I will treasure forever. pic.twitter.com/FGxSedkSH5

Aled Jones, who also appeared on that album, echoed those sentiments.

Actress and singer Sheridan Smith, who performed Dame Vera’s anthem We’ll Meet Again for the 75th anniversary of D-Day last year, told BBC Radio 5 Live her music is “so relevant today, just as it was back then”.

“She boosted morale with her music and brought the nation together though music, and it’s been very relevant recently. A lot of people have been using it again at this strange time,” Smith said. “She’ll never be forgotten. Her music lives on.”

Lesley Garrett told BBC Radio 4’s The World At One that Dame Vera was “still able to stir us” until late in life.

“She had the ability to communicate to an extraordinary degree, and there was nobody who she didn’t touch,” she said.

“She had the ability to move everybody in the country – royalty, politicians, you name it, she was an inspiration to them.”

“She will be remembered just as affectionately for her vital work in the Second World War and for her own Charitable Foundations in the 75 years since. A link with more certain times has been irrevocably broken.”

BBC director general Tony Hall said she “demonstrated how music and entertainment can bring joy in the most challenging times”.

BBC Radio 2 will repeat a special edition of The People’s Songs about We’ll Meet Again at 21:00 BST on Sunday.