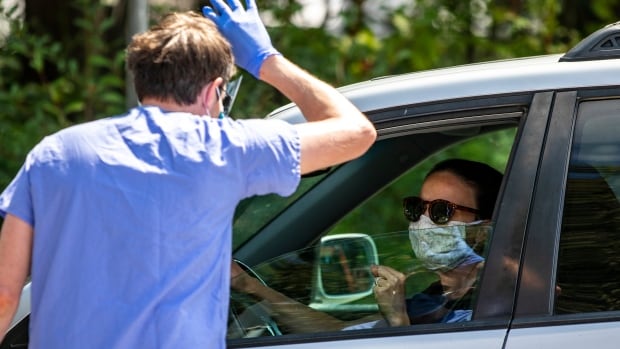 The number of new cases was the second highest total in a single day since the epidemic began. The province recorded 165 new cases on September 17.

The province also conducted 11,862 record tests on Thursday – beating the previous day’s record of 10,899 – with a positive rate of 1.3 percent.

In a written statement, Provincial Health Officer Dr. Bonnie Henry and Stephen Brown, Deputy Minister of Health in British Columbia, said there are 1,302 active cases of people infected with the disease caused by the new Corona virus in British Columbia, down 47 from last week.

There are 63 people in hospital, and 16 in intensive care. The number of hospitalizations, which usually lags the high and low of new cases, rose by one rate from last Friday, when 62 people were in the hospital.

The death toll in the province has risen to 238.

Public Health is actively monitoring 3,114 people across the province who are in self-isolation due to exposure to COVID-19.

Fraser Health Authority announced the outbreak Friday morning at Surrey Memorial Hospital after evidence of transmission in a medical unit, according to a press release.

The agency said that a patient and a worker had tested positive for COVID-19.

Henry and Brown said the outbreaks at Yaletown House and Peace Arch Hospital have been announced. Fourteen outbreaks continued in long-term care homes and three in acute care facilities.

Henry and Brown said there are no new community or school outbreaks, although exposure events continue to occur across the county.

A total of 9,381 people have tested positive in British Columbia since the start of the pandemic, and 7,813 people have recovered.