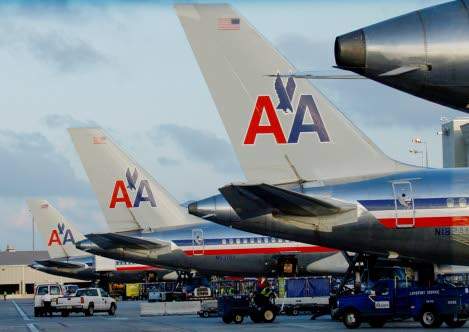 New York, United States (AFP) – American Airlines has announced that it will start furloughing 19,000 workers from Thursday, as US officials have failed to reach an agreement on new aid for the air travel sector affected by the epidemic.

And US airlines that received billions of dollars in aid from Congress promised to stop layoffs until the end of September, paving the way for thousands of job cuts in October.

“Our elected officials have not been able to reach an agreement on the Covid-19 relief package … As a result, tomorrow we will begin the difficult process of leaving 19,000 of our hardworking and loyal colleagues,” Chief Executive Doug Parker said in a statement. Wednesday speech.

However, he hoped that if lawmakers could strike a deal for new aid, the holidays would be canceled and the affected teams called in.

Since the coronavirus intensified in March, US airlines have grounded aircraft and delayed aircraft deliveries to reduce their cash burn as air travel has remained at about a third of its level a year ago.

Transport companies have entered into agreements with unions to distribute work among employees. Tens of thousands of employees have also agreed to unpaid leave or early retirement packages to avoid the need for forced terminations.

However, the decisions will not be sufficient to avoid all job cuts. Airlines have said they do not expect a full recovery until a vaccine is widely available, which company executives said may not be until late 2021.

Unions said 100,000 or more people could be laid off without additional federal assistance, but analysts expect fewer than that as airlines and unions seek ways to avoid layoffs.