A man was treated, detained after leading the authorities in a chase in Ventura County 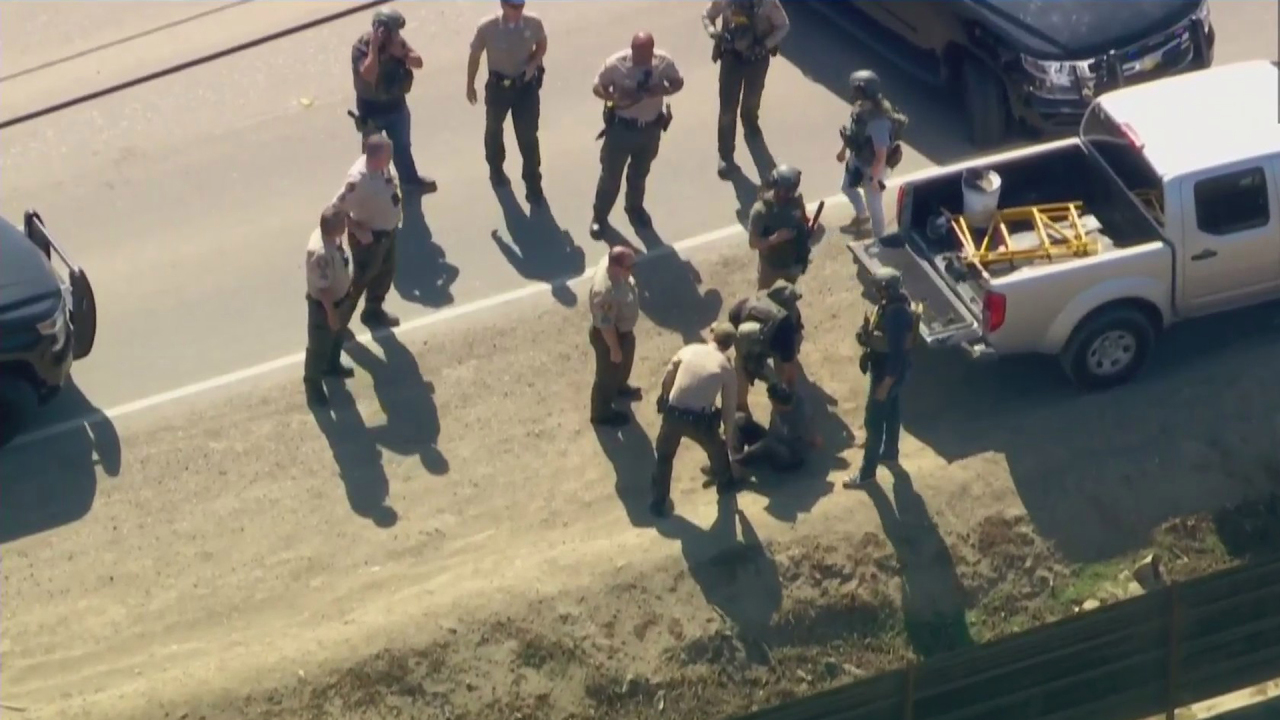 A man was dealt with and detained after he led authorities into a manhunt in Ventura County Tuesday afternoon.

An aerial video from Sky5 showed the truck driver parked in a parking lot near The Promenade in Westlake Village and engaged in a half-hour confrontation with Representatives before taking off again.

The suspect continued to drive intermittently down the shallow streets as soon as he got back off the highway in Thousand Oaks.

After stopping at an intersection, a Ventura County Sheriff’s office car tried to corner the driver, but he set off after crashing into a barrier.

An aerial video showed that he continued on the winding back roads in the area. It soon appeared that there were no police cars pursuing the suspect.

The authorities were waiting for the driver at an intersection in an agricultural area near Camarillo, but he continued to dodge. By that time, many of the mayor’s cars were in tow.

At approximately 1:20 PM, the driver stopped near Laguna Wood Road, and the truck was surrounded by Representatives.

An aerial video showed the driver got off the truck after trying to accelerate forward and was confronted by a deputy.

He was detained without further incidents. It is unclear what the driver originally wanted.