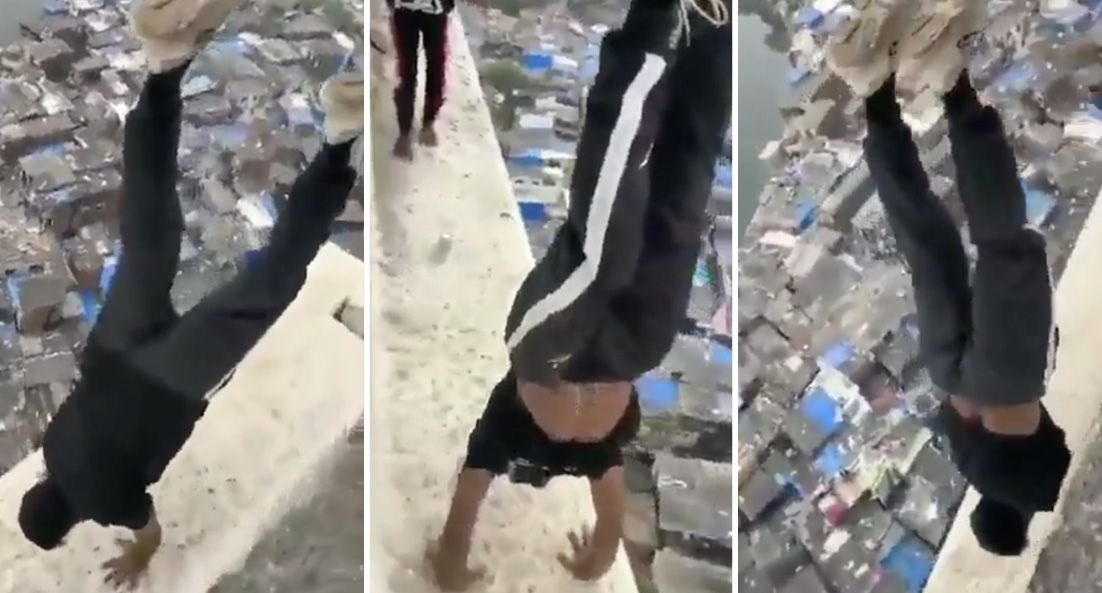 A man was caught after being photographed standing on his hands on the edge of a tall building.

In a video shared on Twitter, the man, identified by the Indian news site NDTV as Noman D’Souza, takes a sip from Red Bull and climbs over a balcony to a bottom ledge on the 22nd floor of the Bharat SRA Building in Mumbai, India.

Then the young man would precariously move into a standing position with his hands on the edge before fully stabilizing his balance.

A woman is photographing him with another person. Then he finished his ruse and got up again.

Since then, Mr. D’Souza has been arrested along with two others, according to local reports.

Vishal Thakur, Deputy Commissioner of Police, told the Mumbai Mirror that three men have been accused of endangering the lives or personal safety of others.