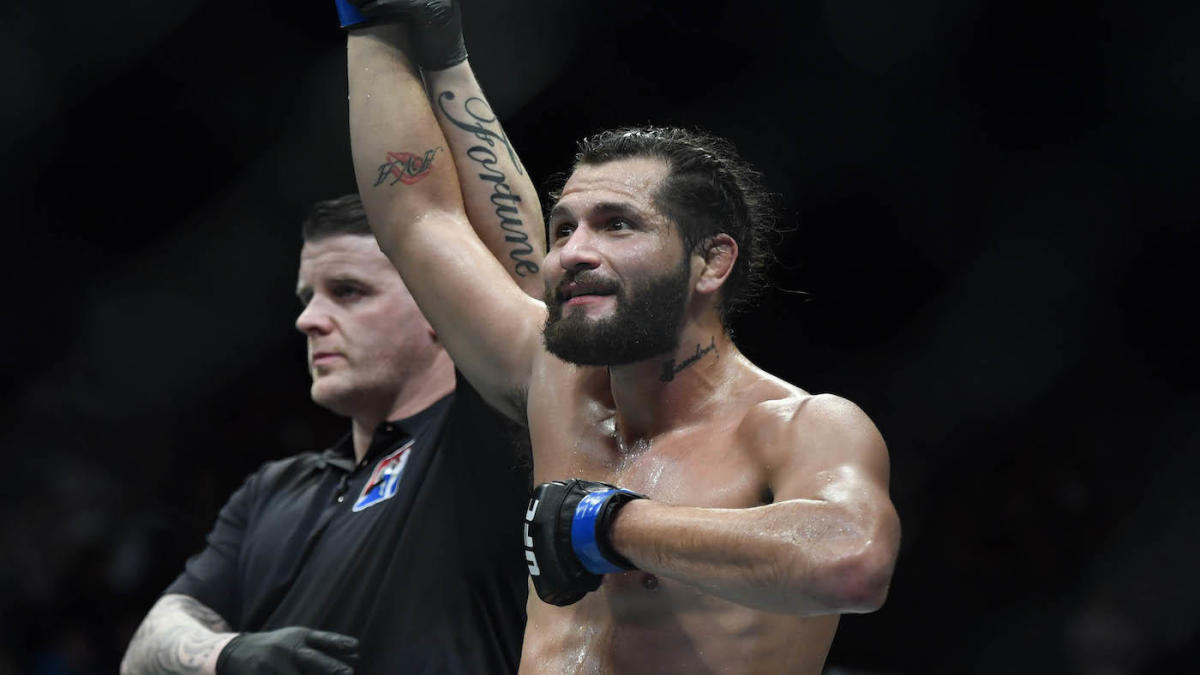 Jorge Masvidal has been waiting for this opportunity since joining the UFC seven years ago. Unfortunately, it took someone else’s misfortune for him to receive it. In the wake of Gilbert Burns’ positive COVID-19 test, Masvidal finally got his title shot and was selected as the replacement to challenge Kamaru Usman for the welterweight championship in the main event of UFC 251 on Saturday. The main UFC 251 fight card from UFC Fight Island in the United Arab Emirates is scheduled to start at 10 p.m. ET. Masvidal has posted a 12-6 record in the UFC, with half of his victories coming by knockout, including his last three fights.

Masvidal reportedly was presented with two offers to face Usman at UFC 251 before UFC president Dana White brought in Burns, but turned down both of them, feeling the payout was insufficient. Usman is a -260 favorite at William Hill (risk $260 to win $100) after opening at -300, while Masvidal is a +210 underdog (risk $100 to win $210). In the co-main event, featherweight champion Alexander Volkanovski is a -220 favorite (risk $220 to win $100) against challenger Max Holloway (+180). Before locking in your UFC 251 picks, make sure to see the UFC predictions from SportsLine MMA analyst Kyle Marley.

The accomplished MMA analyst has been on fire, as he has hit 12 consecutive main event winners. Last week, he told SportsLine members to expect Dustin Poirier (-200) to post a victory over Dan Hooker (+175) in their UFC Fight Night lightweight main event. Marley said Poirier would win at least a 48-47 decision if the fight went to the scorecards. That’s exactly what happened, as two judges had that exact score while the third gave Poirier a 48-46 advantage en route to a unanimous decision.

Marley also called a decisive victory two weeks ago for Curtis Blaydes (-400) against Alexander Volkov (+320) in their heavyweight main event. Anyone who has consistently followed Marley’s UFC picks is way up.

Now, with UFC 251 approaching, Marley has carefully studied every matchup on the card, identified the best value in the UFC 251 odds and released his picks for every fight. Those UFC 251 picks only are available here.

Usman enters this matchup with a 15-fight winning streak after successfully defending his title with a technical-knockout victory over Colby Covington at UFC 245 on Dec. 14. With that win, the 33-year-old Nigerian improved his UFC record to 11-0 and his overall career mark to 16-1.

The win over Covington marked the first time in five fights and second in 10 that Usman did not have to go the distance in order to get his hand raised. A former NCAA Division II national wrestling champion at 174 pounds, he averages 16 minutes, 40 seconds per fight, which ranks second in UFC welterweight history and seventh overall in the promotion’s existence.

The third-ranked Masvidal (35-13) reportedly was offered a shot at Usman’s belt when the UFC 251 card was being put together but was not pleased with the proposed payout and declined. The 35-year-old, who is a former Absolute Fighting Championships welterweight titleholder, posted a TKO victory over Nate Diaz at UFC 244 last November, four months after finishing Ben Askren with a flying knee five seconds into their fight at UFC 239 for the fastest knockout in UFC history. You can see Marley’s full Usman vs. Masvidal picks here.

We’ll share one of Marley’s UFC 251 predictions here: He is backing Elizeu Dos Santos (+105) to score an upset victory over Muslim Salikhov (-125) in a welterweight bout.

Dos Santos (22-6) had his seven-fight winning streak halted by Li Jingliang last August but bounced back to defeat Aleksei Kunchenko via unanimous decision on March 14. The 33-year-old Brazilian, who also won his first seven professional fights, is a former Jungle Fight welterweight champion who has recorded 14 of his 22 career victories by knockout.

The 36-year-old Salikhov (16-2) also specializes in KOs, as 12 of his wins have been registered that way. A former kickboxing champion who is one of only two non-Chinese fighters ever to win the Wushu Sanda King’s Cup, the Russian has won three in a row after having his 11-fight winning streak snapped by Alex Garcia in his UFC debut in November 2017.

“Dos Santos is the more active striker and is more dangerous on the ground as well,” Marley told SportsLine.

Marley also has strong picks for Usman vs. Masvidal and every other bout on the UFC 251 card. He’s also backing one combatant who is “the more powerful guy.” You can see those UFC 251 picks only at SportsLine.

Who wins Masvidal vs. Usman at UFC 251? And how exactly does each fight end? Visit SportsLine now to get detailed picks on every fight on Saturday’s UFC 251 card, all from the accomplished expert who’s up nearly $21,000 and has nailed 12 straight main events, and find out.