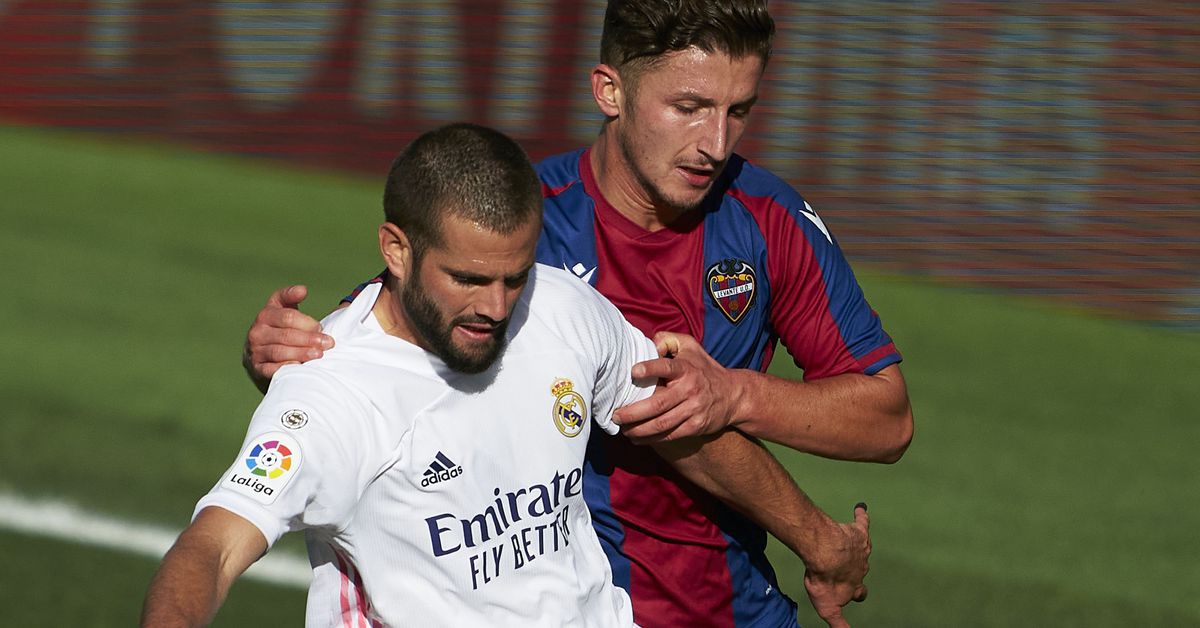 Real Madrid went a long way to Levante – well, a bit too far – and scored their first multi-goal win this season, with an early shot from Vinicius and a late goal from Karim Benzema that saw them win 2-0. Here come six discussion points from the game, in the form of three questions answered and three questions that need to be answered.

1. Who will take the right-back position and how will they do?

Official secret. Official secret. As such, Real Madrid announced this week that both their right-backs have been injured and out for at least the next few weeks. With Dani Carvajal not present and Alvaro Odriozola not on this trip to Levante and with Jose Luis Morales on the other side, there was concern that this right-back would enter. While options for Ferland Mendy and Lucas Vasquez were there, Zidane eventually chose Nacho. The 30-year-old was nothing special about this game and Nikola Vukovich lost in the corner, as Levante Min hit the woodwork. But overall, Nacho did a good enough job of containing Morales in one form or another.

2. Will Courtois finally have a quiet afternoon?

No. Once again, Courtois was a busy man. He faced four more shots on target and saved them all, stopping impressively from Ennis Bardi. These are Courtois’ 13 saves of the season already. Only Valencia’s Jaume Dominic (22) and Eibar Marco Dmitrovic (14) have more. For the Real Madrid goalkeeper to be in the top three in the league due to his saves, it is simply not a good look and Zidane knows that. In his post-match press conference, he said: “Courtois saved us, just as all goalkeepers look forward to their team. We have to keep going and we will try to ensure that our goalkeeper suffers less.”

3. How strange is it to see this match at La Cerámica?

Playing this match, there was much talk about the last time Real Madrid faced Levante. It was a 1-0 defeat in February in which Eden Hazard injured his ankle. It was only logical that the ideas would return to that match, but Real Madrid would not face any kind of ghosts of Estadi Ciutat de València. No, nothing of the sort. Instead, they were heading to La Ceramica in Villarreal for that stadium, which is currently being done by Levante Stadium, just like the Bernabeu. Levante will be returning home very soon and he is not expected to play on Villarreal as the home side again, but it was certainly strange that the yellow stands were the backdrop for this match.

1. Will we see a rivalry between the Fernandez family next time?

Given that Odriozola may still be unavailable in Real Madrid’s next game, against Cadiz after the break, there may be a match between Nacho and Alex Fernandez on the cards. The two brothers came through Real Madrid’s academy together and Alex – two and a half years younger – made his debut with Real Madrid’s first team ahead of Nacho. However, Nacho has lasted longer at Los Blancos, while the attacking midfielder has moved on to Espanyol, Elche and now Cadiz. They had met once before, in 2014, when Alex was at Espanyol. Real Madrid finished 1-0 that day. Let’s see what happens this time and if both of them play.

2. Will Vinicius and Anso Fati keep motivating each other?

I know Kayan was mostly joking when he posted the “Last Dance” meme about Vinicius and Ansu Fati during today’s match, but there’s something about that.

We see these two young stars outdo themselves week after week, and it might actually be an inspiration for them to try to match each other. We’ve seen a lot of competitions over the years, in football and other sports, where the best in the game push themselves to a higher level because they have such a talented competitor over there breathing from their shoulder. Maybe we’ll see this with Vinicius and Ansu Fati over the next decade. Could this be the next big singles competition in football?

3. Can Luka Modric keep this up?

Just gorgeous cool. Luka Modric started the new season with fire. The 35-year-old continues to shine in the middle of the park and does defensive work, too. We know it took a long time to recover from Croatia’s tough World Cup run, but Modric is looking good for most of 2020 now. His contract expires at the end of the season. Can he continue at that good level for a few more months, which is enough to earn an extension period?