It was previously announced that the Mall of the Netherlands will officially open its doors in October this year. Now 9 months (!) Before this opening, the stores were already closed.

It is amazing. We got advice from an attentive visitor to the Mall of the Netherlands that, a few months before the opening, stores had closed in the largest shopping center in the Netherlands.

One of the closed stores is Café Café. As a result, Kaafi is only located in Prinsestraat in the city center of The Hague. Close Robert (Robért van Beckhoven bakery), Yoyo! Fresh tea bar It is only temporary, according to the Holland Mall. Yoyo! Fresh Tea Bar says: “We are working on an internal relocation and are still in talks with the Mall of the Netherlands about the location and date we will reopen.” Robért will move upstairs.

Osteria Victor Russo’s Italian restaurant has also closed. Whether this is temporary or permanent is uncertain. But since it hasn’t been available for days and the Facebook page is offline, it doesn’t bode well. But there is also good news, as new stores still open almost every week in the large shopping center. In total, all 280 stores and restaurants should be open by October.

This is already going to happen now, according to a spokesperson in October from this mall in the Netherlands … 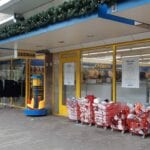 This is bad luck, Zeman is gone

Where should we go now for our pretty affordable underwear and shampoo? Will Zeman in Houtwijk …

See also  Even a tomato plant is sometimes 'tired' 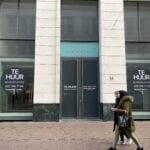 whoop! The hip sustainable store for all the family ARKET is coming to The Hague

We haven’t used Whoopje for long, but this post deserves one! ARKET, s …