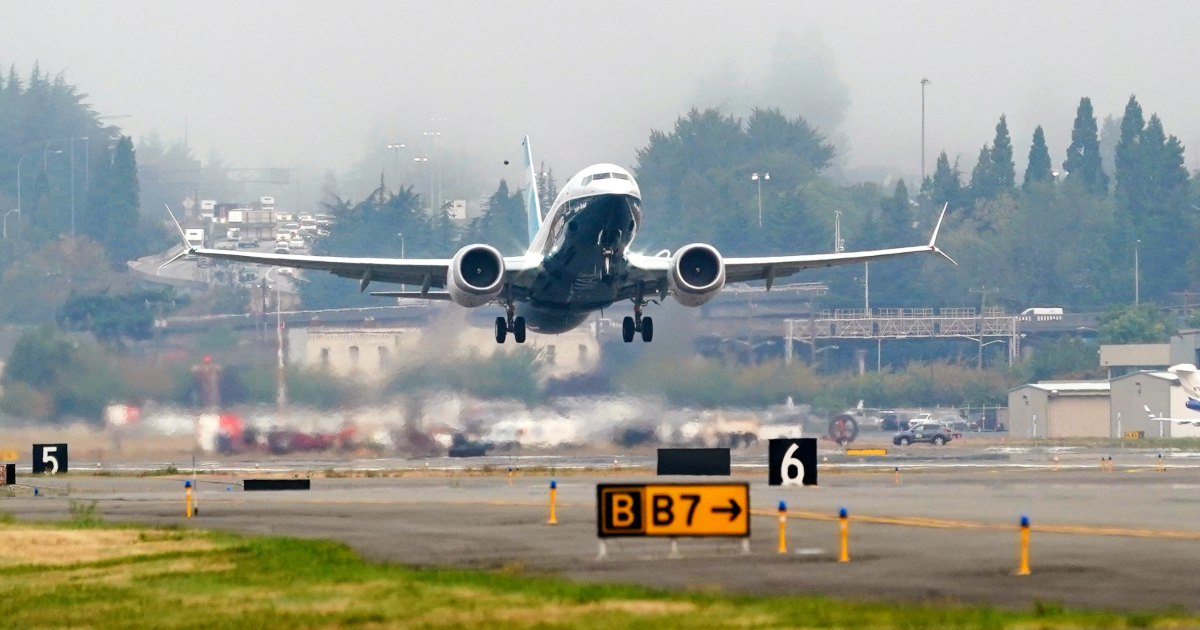 The head of the US Federal Aviation Administration began a test flight of a revamped Boeing 737 Max on Wednesday as the agency is considering whether to allow the plane to return to flight after two fatal accidents.

The crew put the plane through frequent changes in direction, speed and altitude as it headed east over the Cascade mountain range into central Washington state, according to data from tracking website Flightradar24.com.

The MAX has been decommissioned since March 2019, after its second crash. Both incidents were blamed on an automated anti-stall system that pushed the aircraft’s noses down based on false readings from the sensors. Boeing hopes to gain approval from the Federal Aviation Administration later this year for the changes it has made to flight control software and computers.

In Washington, the House Transportation Committee has approved legislation to change the way the Federal Aviation Administration certifies new aircraft, including the agency’s reliance on Boeing employees and other aircraft makers for a major safety analysis.

The bill would also require aircraft manufacturers to tell the Federal Aviation Administration, airlines, and pilots about automated systems that could alter the plane’s trajectory. Senior Federal Aviation Administration officials and most pilots did not know about the MAX’s stop-over prevention system, called the MCAS, until after the first crash, in October 2018 in Indonesia. Less than five months later, another MAX crashed in Ethiopia. In all, 346 people died.

“These accidents were the inevitable culmination of the spectacular acts of omission within Boeing and the Federal Aviation Administration,” said committee chairman Peter DeFazio, de Oregon.

Rep. Garrett Graves, R-Louisiana, a staunch defender of the Federal Aviation Administration, said the agency represented the “gold standard” in aviation regulation, but that the incidents demonstrated the need for improvement.

The committee approved the bill with what appeared to be a unanimous vote. Representative Paul Mitchell left the meeting after complaining that lawmakers had only had one day to read the bill, which he described as a “ridiculous” dash for such a complex technical topic.

The measure, based on recommendations from US and international regulators and safety investigators, goes to the House of Representatives in full but its fate is uncertain. A similar bill was withdrawn from Senate committee consideration on September 16, and Congress is rushing to postpone the session until lawmakers can return home and campaign for reelection.