Russia said on Tuesday that astronauts had detected an air leak in its section of the International Space Station, with a senior space official describing the air loss in excess of expected levels.

The International Space Station crew – Russian astronauts Anatoly Evaneshin, Ivan Wagner and astronaut Christopher Cassidy – have been searching for the air leak since August, first checking the US part.

“After analyzing and searching for the leak, it was established that the site is located in the Zvezda (Star) service unit that contains scientific equipment,” the Russian space agency Roscosmos said in a statement.

“It is not critical in the near future,” Sergey Krikaliov, executive director of Russian manned space programs, said in a televised comment.

He said the International Space Station always suffers from slight air loss due to its air filtration system.

“These leaks are expected. What is happening now is more than the standard leakage and of course if it lasts for a long time, it will require additional air supply to the station,” he said.

He added that the crew is resting now but hopes to find the exact location and fix the leak on Wednesday.

He added, “This is not certain,” explaining that there is a large area for research.

“We have the time. The leak is of course there. It’s not good to have it, but it’s not critical,” he said.

See also  This is every confirmed case of COVID-19 in the Northwest on Saturday, November 7, 2020

NASA said the size of the leak appeared to grow overnight and that flight controllers had awakened the crew for a search.

And the US space agency said it turned out later that a change in temperature made the leak appear to be growing, while the rate of air leakage was “unchanged.”

Previously, astronauts searched for the source of the leak on the American part of the station using an ultrasound detector.

This incident comes after astronauts discovered in 2018 a hole in the wall of a Russian-made Soyuz space capsule anchored on the International Space Station.

The cause of the hole has not yet been announced.

Three of the new crew members, the Russians Sergey Ryzhikov, Sergey Kud-Svershkov and NASA astronaut Kate Robins, are scheduled to arrive aboard the Russian Soyuz spacecraft scheduled for launch on October 14. 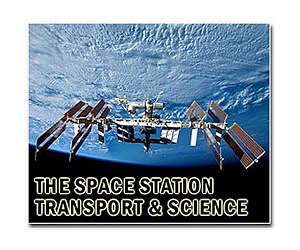 
Astronauts on the International Space Station conducted a “avoidance maneuver” on Tuesday to ensure they did not hit a piece of debris, NASA said, and urged better management of objects in Earth’s orbit. Russian and American flight controllers worked together during a two-and-a-half-minute process to adjust the station’s orbit and move away, avoiding collision. NASA said the debris passed about 1.4 kilometers (nearly one mile) from the International Space Station. Three crew membranes … read more