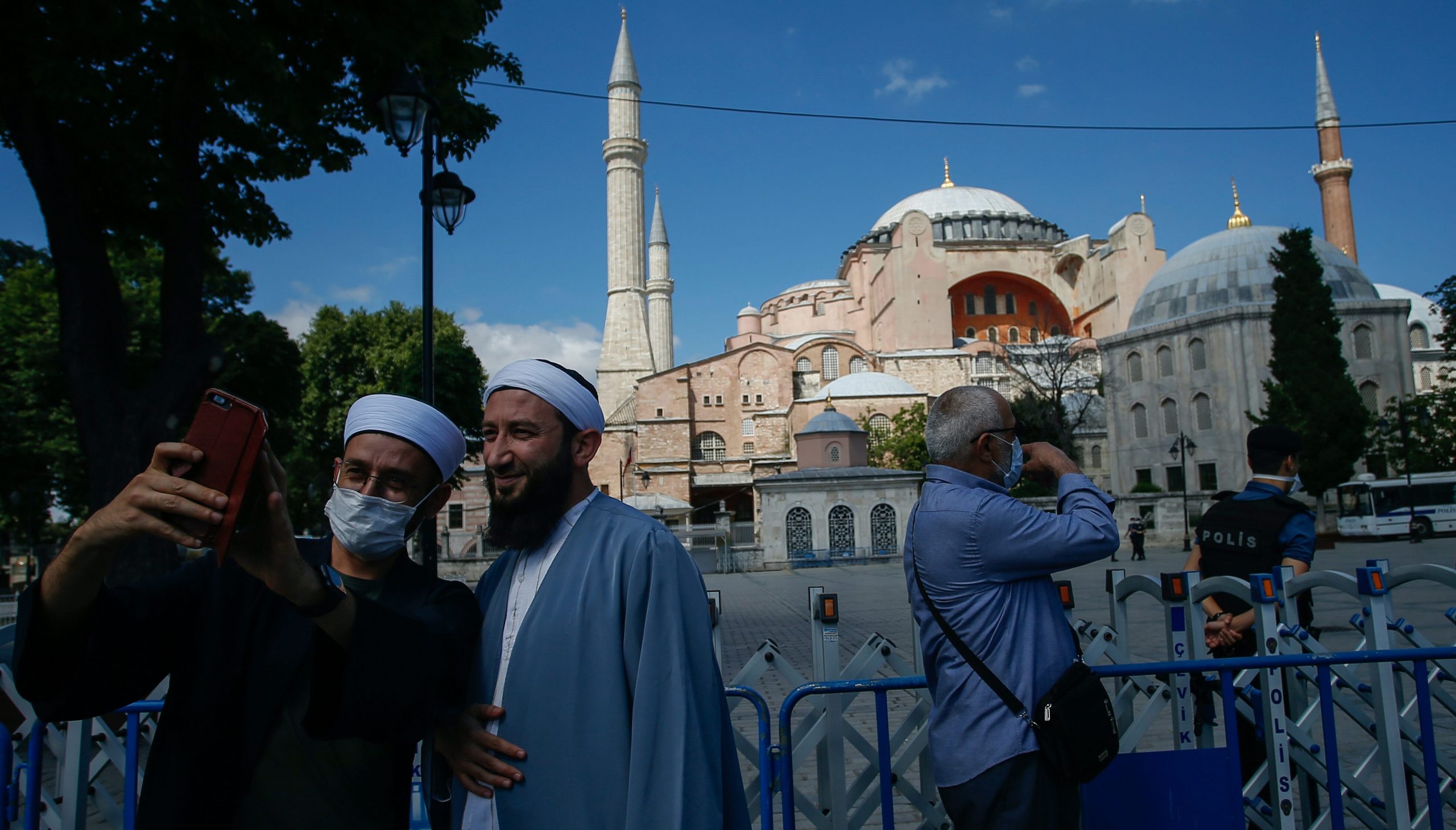 Pope Francis reported on Sunday that he is “deeply pained” around the choice by Turkey to change the status of Hagia Sophia — which was at first constructed in Istanbul as a Christian cathedral — from a museum to a mosque.

In a pretty short, improvised remark, Francis, talking from his studio window overlooking St. Peter’s Square, pointed out that the Catholic Church marked Sunday as International Day of the Sea. “And the sea provides me a minimal much away with my thought: to Istanbul,” the pontiff stated. “I am pondering of St. Sophia and I am deeply pained.”

Pope Francis delivers his blessing to devoted for the duration of the Angelus prayer from the window of his studio overlooking St. Peter’s Sq. at the Vatican, Sunday, July 12, 2020. (AP Image/Alessandra Tarantino)

Francis mentioned no additional but was evidently referring to the move by Turkish President Recep Tayyip Erdogan to formally transform the monumental making back into a mosque. The colossal Santa Sophia cathedral was turned into a mosque immediately after the Ottomans conquered the city in 1453. The Turkish secular federal government in 1934 made the decision to make it a museum.

Turkey’s President Recep Tayyip Erdogan formally reconverted Hagia Sophia into a mosque and declared it open for Muslim worship, hours just after a significant court docket annulled a 1934 choice that experienced made the religious landmark a museum. (AP Photo/Emrah Gurel)

The pope, who heads the Roman Catholic Church, is adding his voice to strong objections a working day previously by the head of the Geneva-dependent Environment Council of Church buildings.

That corporation explained its “grief and dismay” in noting that Hagia Sophia has been “a place of openness, encounter and inspiration for people from all nations.” The council’s membership contains Protestant, Orthodox and Anglican churches.

Simply click In this article TO GET THE FOX Information Application

Erdogan declared the monument open up for Muslim worship right after a high court docket annulled the 1934 governing administration choice.