For the first time since March 12, the Detroit Tigers played against a team not wearing the Old English “D”.

In an exhibition Tuesday against the Cincinnati Reds, the Tigers lost, 9-7, at Great American Ball Park. With the game tied in the eighth inning, reliever Beau Burrows entered and gave up a two-run homer to ex-Tiger Eugenio Suarez and a solo shot to Jesse Winker.

The second and final exhibition game is at 6:10 p.m. Wednesday, followed by a day of rest Thursday. The shortened 60-game season begins at 6:10 p.m. Friday, as left-handed pitcher Matthew Boyd squares off against Cincinnati right-hander Sonny Gray to begin the three-game series. 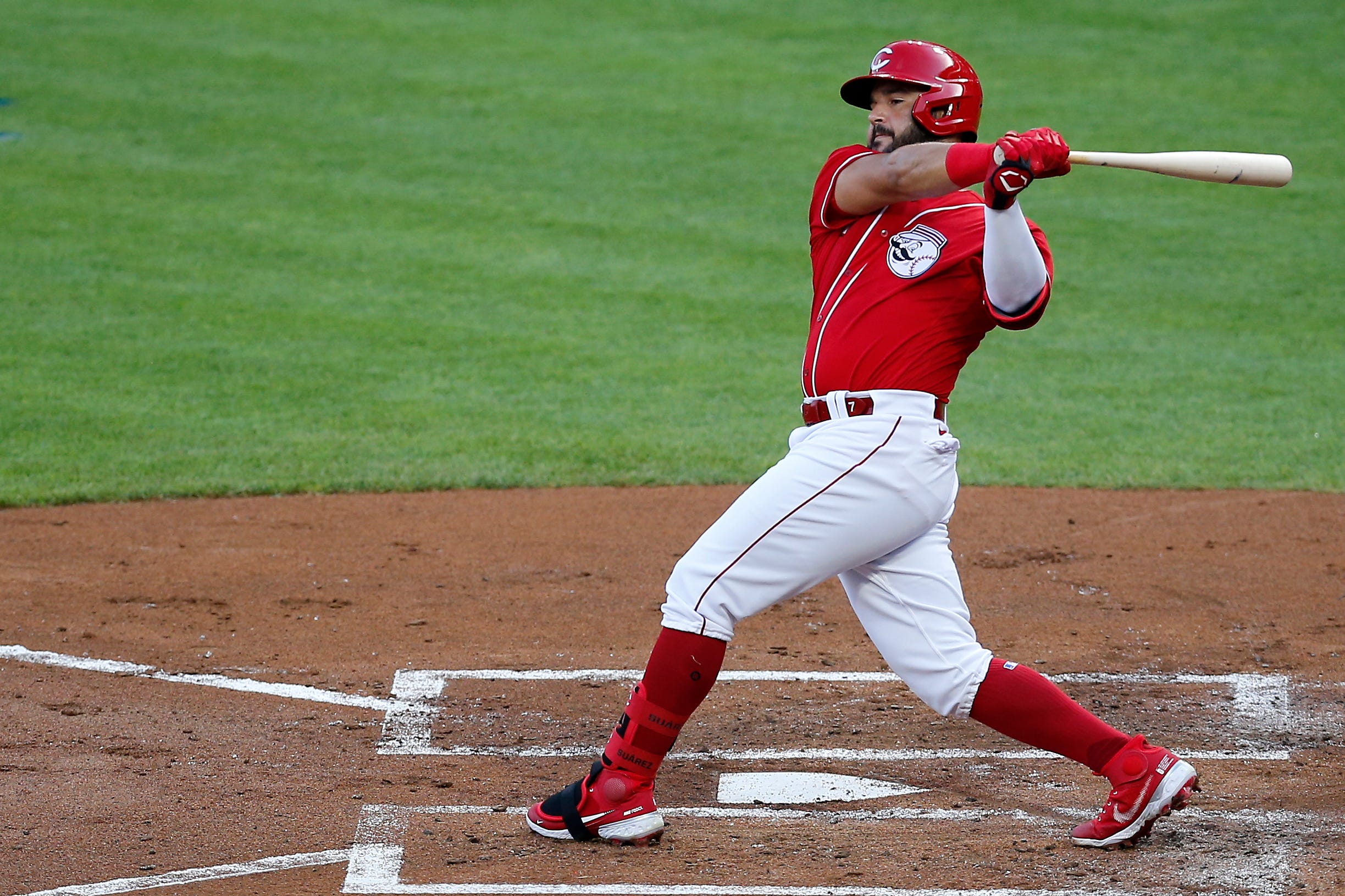 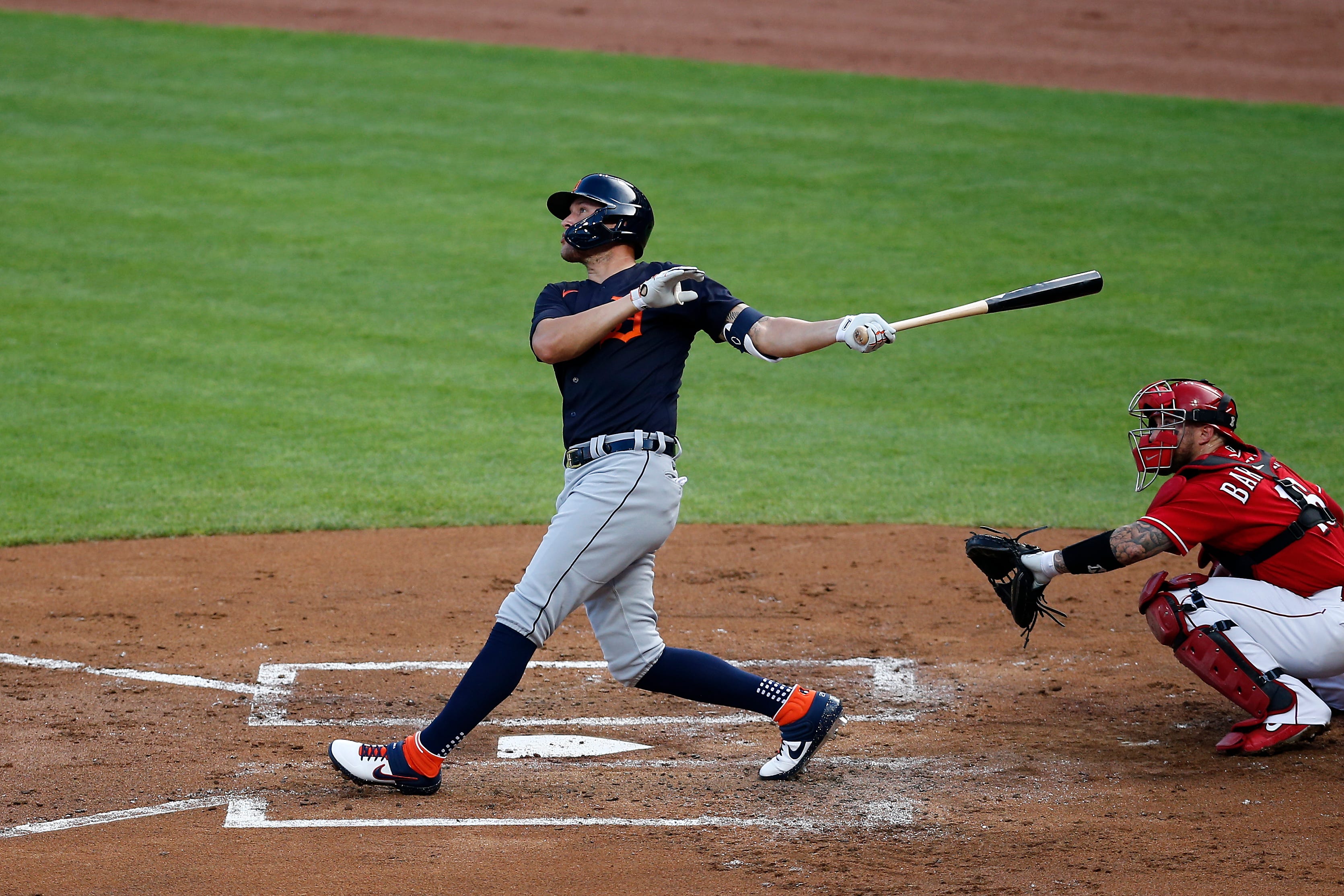 Detroit Tigers left fielder JaCoby Jones (21) follows through on a swing as he hits a two-run home run in the second inning of a preseason game between the Cincinnati Reds and the Detroit Tigers at Great American Ball Park in downtown Cincinnati on Tuesday, July 21, 2020. (Photo: Sam Greene, Sam Greene/Cincinnati Enquirer)

The home runs from Jones, Goodrum and Schoop went 415 feet, 405 feet and 412 feet, respectively, for a grand total of 1,232 feet on three pitches. Jones and Goodrum went deep on fastballs, while Scoop took advantage of Lodolo on a slider.

Lodolo, a 2019 first-round pick, was chased after 1⅓ innings, issuing five runs on eight hits. Of his 35 pitches, 21 went for strikes.

A blast from the recent past, former Tigers outfielder Nick Castellanos started at right field and batting fifth. The first play of the game, a line drive from Goodrum, was gloved by Castellanos after a nifty slide in the outfield.

At the plate, Castellanos struck out looking twice before grounding out in the sixth, but he finished with a single in the eighth inning. In 51 games for the Chicago Cubs last season, after a trade in July, the 28-year-old slashed .321/.356/.646 with 16 home runs and 36 RBIs.

The other former Tiger, Suarez, finished 1-for-4 with two RBIs.

Miguel Cabrera picked up the first hit of the night for the Tigers with a single to left-center on a 3-1 count. He singled again to center in the second inning off Lodolo .

The 37-year-old slugger hit a bouncer to shortstop Freddy Galvis in the top of the fourth but reached on a fielder’s choice, as Galvis went to third base to get Schoop out on his attempt to advance. 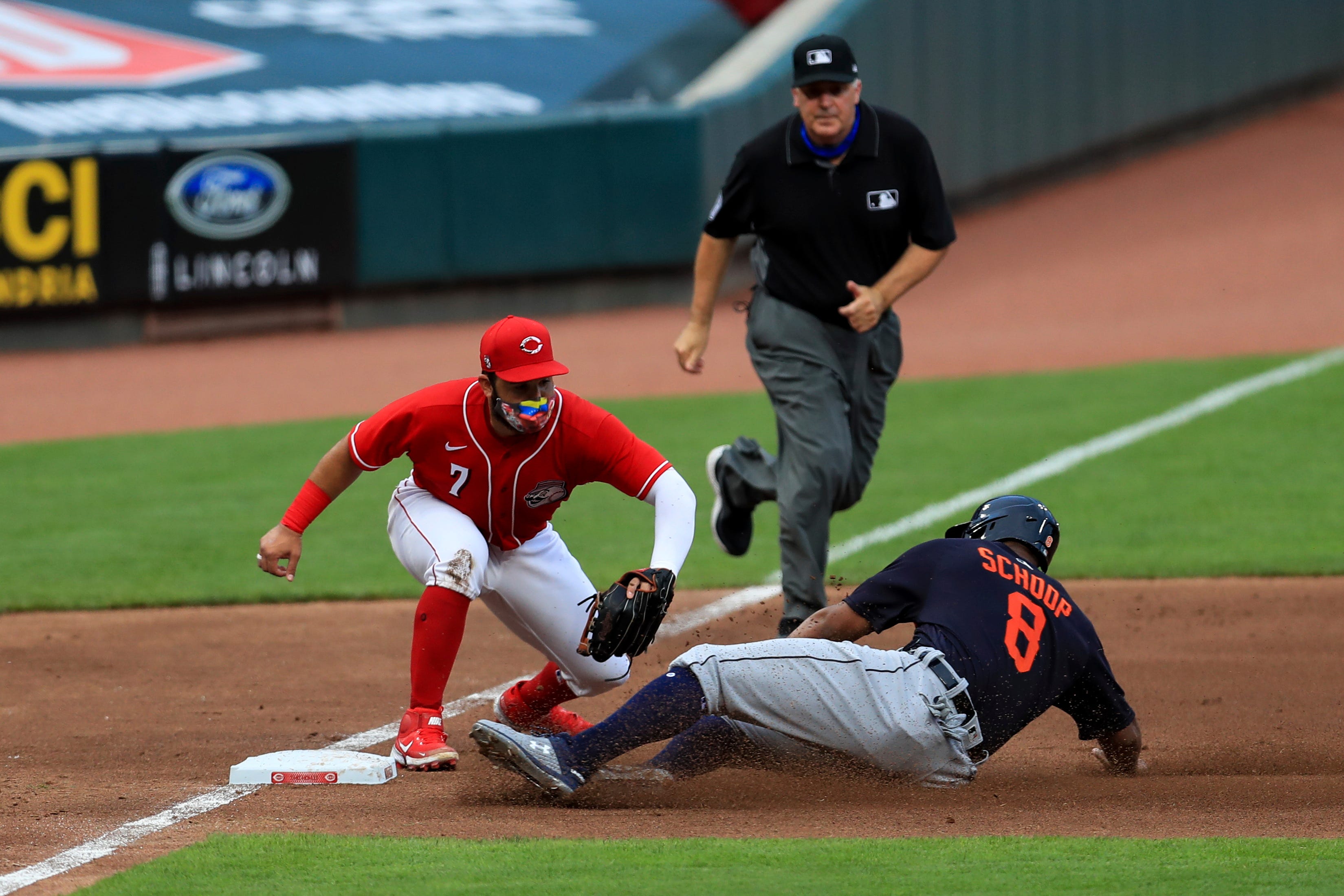 Cabrera finished 2-for-4 with a strikeout.

On the mound: Tigers’ Norris ‘ready to rock,’ thanks to inspiration from ‘Thor’

Bryan Garcia shines out of ‘pen

Garcia’s performance boosts his stock, as the 25-year-old needed a strong outing to help secure a spot when the final roster is released Thursday. In seven games — 6⅔ innings — Garcia gave up nine runs on nine hits and five walks with seven strikeouts.

Agrazal tossed 40 pitches (28 strikes) and gave up three runs on two hits and a hit-by-pitch. Both hits were home runs — from Galvis and Tucker Barnhart.