Paul McCartney released McCartney III, The latest in a trilogy of single recordings dating back to 1970. 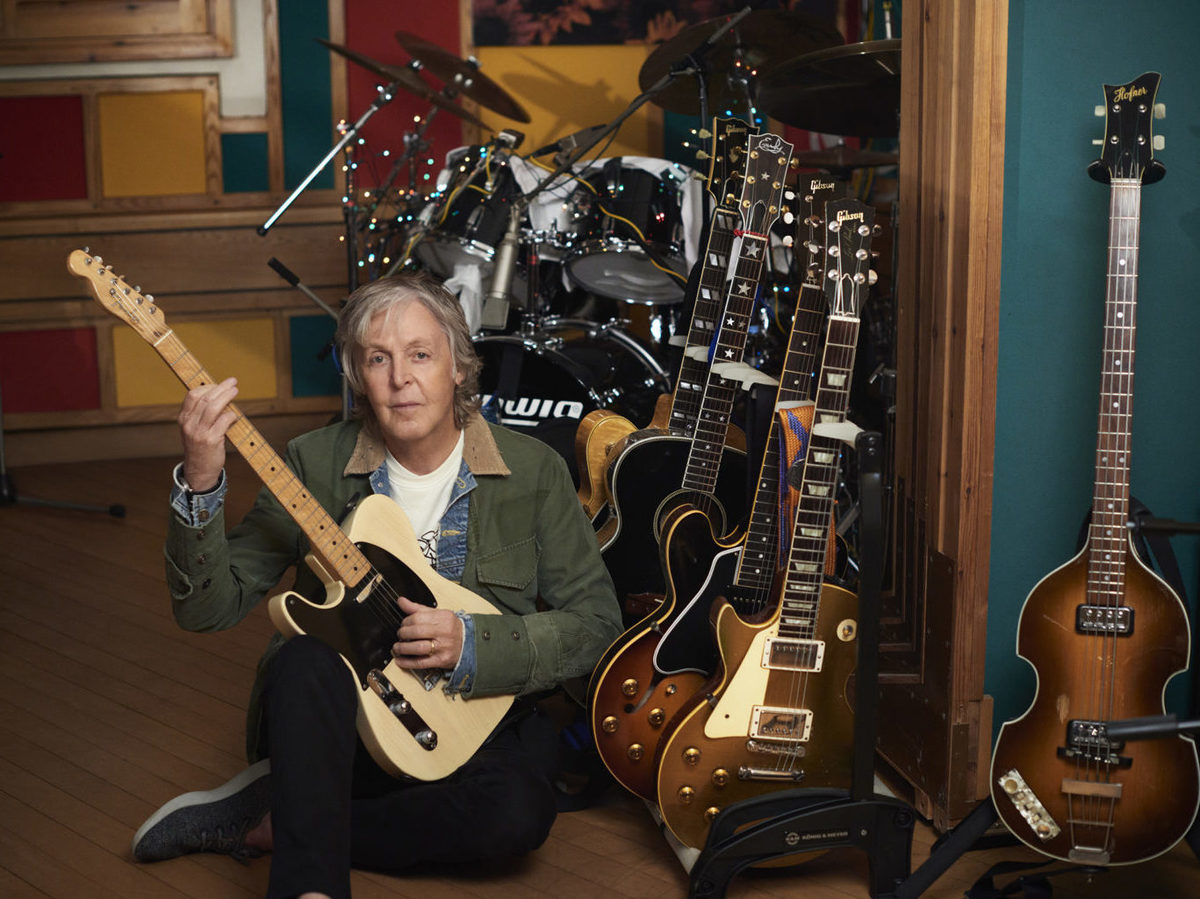 Paul McCartney released McCartney III, The latest in a trilogy of single recordings dating back to 1970.

Back in 1970, when the book was closing while the Beatles were together, Paul McCartney came out with a release that made him an artist in his own right – and a versatile artist, playing every instrument on the album simply titled McCartney. In 1980, he followed her up with McCartney II – Another kind of do it yourself solo album, released as another of his band, Wings, broke up. Now, another 40 years later, the artist is too busy being quarantined.

“I was very lucky to be able to come to my studio and do some music, which took everything out of the quarantine. I would write a song, and then put it in and record it – or say, ‘Wait a minute, what about that song that I started the year Past but I did not go to an end? “So there was no concern.” “If you’re creating an album, what you might call a proper album, you’re focusing on making sure it’s authentic. And that project, I wasn’t focusing. [saying]”He looked good? Well, to the next thing. He felt very relaxed.”

McCartney ended up with a new album for his trilogy: McCartney III. From his studio Hog Hill Mill in East Sussex, England, McCartney spoke with Mary Louise Kelly of NPR about his new album, dribbles writing love songs and remembering his late friends John Lennon and George Harrison. Listen to the radio version on the audio link, and read for a modified one.

This interview has been edited for length and clarity. Parts of the conversation were broadcast in A. Previous broadcast.

Mary Louise Kelly: The rest of us stayed at home during the quarantine, cleaning our lockers and cleaning the garage. You’re cleaning up all the song clips you’ve filtered, and here you go, with a new album.

Paul McCartney: This is exactly that. Now, my wife will like it if you are Will be Closet cleaning.

She wants to clean an actual closet, please.

I’m just shorter than a hoarder. What happens is we’re going to throw an old book away and say, “Just let me check it out.” And there, on page three, will be the original lyrics I wrote in one of my songs. So I say, “This is why I don’t get rid of things!” This is my excuse and I stick to it.

What is the process when you play each instrument on an album? You obviously can’t play them simultaneously – so you record yourself while playing one, and replay that track and layer while you record the next?

Yeah, I usually play the guitar and maybe sing it, so I have the body of the song. Then I might put in a few basses to fill it up a little, and put some drums. As you go forward, you make a judgment: Is that enough? Or should I wear more? It is a fun process that I enjoy. Keeps me off the streets.

Let’s talk about love songs. My favorite Beatles songs are the songs about love – falling in love and falling in love. I went back and tried to make a list, and there are a lot of them: “All you need is love,” “You can’t buy me love,” and “everything you love.” I suppose what struck me is, here half a century later, and for me, the best songs on this new album are still the ones that talk about love. Which made me wonder, are you still trying to figure it out? Or is it ultimately love that is worth writing about?

I think what you said last, is the truth. Sometimes I tried writing protest songs – if something happens to be in the news and it’s so ridiculous, there must be a song about it – but I don’t think I’m very good at it. I think I generally tried to be hopeful and helpful, like a Beatles song, “Blackbeard”: I’m trying to say, “Take these broken wings and learn to fly.” This is more than my bag. But I am still trying to find out. Isn’t it everyone?

May I ask something completely personal? You mentioned your wife Nancy, whom she has been happily married to since 2011. So, respectfully I ask, do you still occasionally sing to Linda, with whom I was married for 29 years until she passed away in 1998?

McCartney: No, not really. I mean, I’d run into trouble if my wife found out I’m singing to Linda. No matter how much she understands – and she understands amazingly – she’s still my wife, which is a factor. I sing for Nancy or for myself. The other thing is, I don’t always think about someone. I’m just writing to … I don’t know, just imagining someone in love.

I’ll say, I think my favorite song is “Maybe I’m Amazed,” which was released in 1970 when I was married to Linda; she is very beautiful. I wonder, when you sing it right now, when you hear that right now, can you think this is about everyone – this is for all of us?

Yes, I think so. As she says, it was for Linda, but as time goes by and people say they like it, I always like to let go of the property and say, “Wow, well, I hope this matches your life.” And you know, it’s so nice for people to say, “We used this song for our wedding.” That’s a big compliment. Once you write [songs] Once released, they are like birds: they fly away, and you have no control over them. And I’m glad they got into other people’s lives.

This year was John Lennon’s 80th birthday, and there were a lot of celebrations around the world. We’re talking shortly after the fortieth anniversary of his death, and I wonder if you’ve identified it in any way?

I really tick it just by thinking about it, and past memories. Mind you, I’m doing this all the time. I think as time goes on and John becomes a distant memory, it becomes more and more special. I often sit there and think, “Wait a minute, did we go for a walk when we were kids?” Yes, we did. We went to Paris – boy, we laughed there, you know. I remember all these little things we did together. And it returns it somehow. If I was listening to a song that we wrote together, I could film us in the room writing it down and looking at each other, with a bit of a conspiratorial look because we’re in trouble.

I often think of it. Dream about it. It is a family. We had arguments – but then, I remembered, and so did the families. He was such an amazing guy, and I sometimes think, “Wow! I sat all those years and wrote songs with John Lennon. Then I went on stage and appeared all over the world and sing it together.” Likewise with George.

George was very interested in gardening, and he was a really good gardener. So he gave me a tree as a gift: It’s a big fir, and it’s by my gate. As I was leaving my house this morning, I got out of the car, closed the gate, looked at the tree and said, “Hey George.” Here he is growing strong. And you know, it takes me back to the time I was flirting with him! They are a constant presence, if that’s one way of saying it.

Love the idea that they are like family: As the years go by, the things that bother you and get on your nerves fade, and you can remember the good times, the laughter, and the conspiratorial smiles. And I love the tree, that’s great – it greets you when you get in.

It’s nice. He gave it to me, so I just planted it. But then, as the years go by, every time I look at it, I go, “This is the tree that George gave me.” George entered that tree for me. Hope he is happy with that.