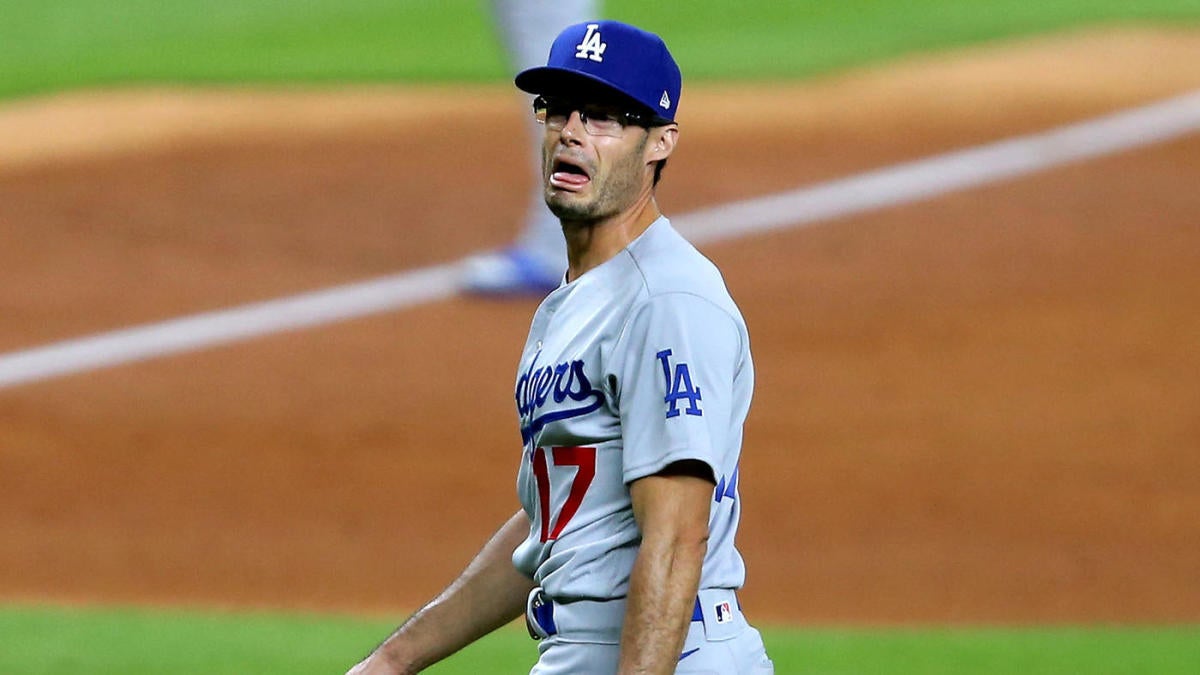 Major League Baseball suspended Dodgers relief pitcher Joe Kelly eight games and manager Dave Roberts one game for their actions during Tuesday’s game against the Astros. Roberts will serve his suspension during Wednesday’s series finale against Houston. Kelly has elected to appeal the ban, making him available to pitch for the foreseeable future.

Astros manager Dusty Baker was fined an undisclosed amount for his role in the fracas. Here’s the official announcement made by former big-league pitcher and MLB chief disciplinarian Chris Young:

Los Angeles Dodgers pitcher Joe Kelly has received an eight-game suspension for his actions in the bottom of the sixth inning of Tuesday night’s game against the Houston Astros at Minute Maid Park. Kelly, who has previously been suspended in his career for intentional throwing, threw a pitch in the area of the head of Alex Bregman and later taunted Carlos Correa, which led to the benches clearing. Chris Young, Major League Baseball’s Senior Vice President of Baseball Operations, made the announcement.

In addition, Dodgers manager Dave Roberts has received a one-game suspension as a result of Kelly’s actions.

Kelly’s suspension had been scheduled to begin tonight, when the Dodgers will continue their series in Houston. However, Kelly has elected to appeal. Thus, the discipline will be held in abeyance until the process is complete. Roberts will serve his suspension tonight.

Astros manager Dusty Baker also received a fine as a part of the incident between the two Clubs.

As expected, Tuesday night’s game between the Los Angeles Dodgers and Houston Astros — a rematch of the 2017 World Series — was packed with tension. The Dodgers landed down in Houston with plenty of resentment after finding out this offseason that the Astros implemented an illegal and elaborate sign-stealing scheme during the 2017 season.

So, when both clubs took to the diamond Tuesday, words were exchanged and dugouts cleared in the sixth inning. Kelly — a notable instigator from the mound — threw up-and-in fastballs to both Alex Bregman and Carlos Correa, while also shouting at the batters as he walked off the mound. Dusty Baker told reporters that Kelly said “Nice swing, bitch” to Correa after striking him out in the sixth.

It didn’t result in a bench-clearing brawl, but it was certainty questionable considering the league’s strict stance on no fighting, placing emphasis on the importance of social distancing, this season amid the coronavirus (COVID-19) pandemic.

Kelly wasn’t on the 2017 Dodgers team, but he was on the Red Sox team that lost to the Astros in the 2017 ALDS. It should be noted that the Red Sox would go on to defeat the Astro in the following year’s ALCS on their way to a 2018 World Series title, but the Red Sox were also embroiled in a sign-stealing scandal of their own this offseason.

This offseason — before the COVID-19 pandemic forced a four-month delay to the start of the 2020 season — MLB commissioner Rob Manfred announced that he planned on sending out a memo warning teams about intentionally throwing at Astros players throughout the 2020 season.

“Retaliation in-game by throwing at a batter intentionally will not be tolerated,” Manfred said. “Whether it’s Houston or anybody else, it’s dangerous, and it is not helpful to the current situation.”

The Astros players were granted immunity in exchange for honest accounts during the league’s investigation. The club’s punishment for their sign-stealing included a $5 million fine (the maximum allowed under MLB’s constitution), Manager A.J. Hinch was suspended for the 2020 season (and shortly fired thereafter by the Astros), general manager Jeff Luhnow also suspended for 2020 and also fired, and the Astros forfeited their first- and second- round draft picks the next two years.

In the meantime, the two clubs are set to return for the series finale Wednesday night. Two rookie right-handers will take the mound for Houston and Los Angeles. Here’s how you can watch.