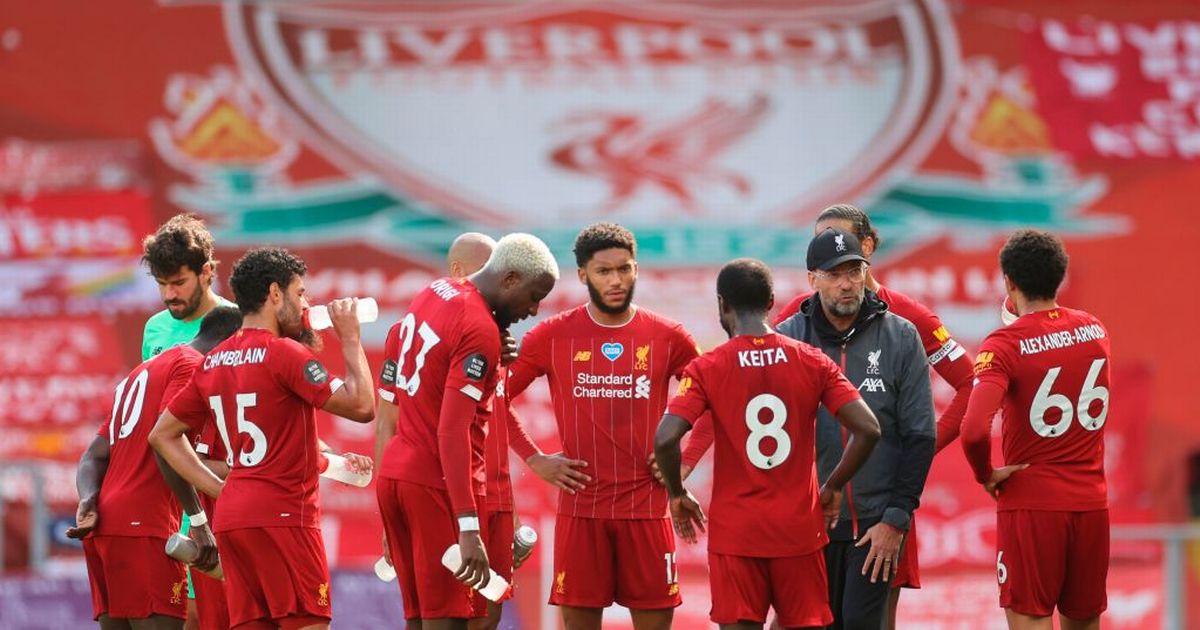 Liverpool boss Jurgen Klopp has welcomed the introduction of the drinks break in Premier League matches.

Top-flight matches are being paused midway through each half for the remainder of the season, with authorities mindful that games are being played during the summer and keen to take health precautions due to the coronavirus outbreak.

Managers are also permitted to use the break to pass on messages and tactical instructions to their players.

Mere minutes after the second-half drinks break at Anfield on Sunday, Liverpool scored the opener that sent them on the way to a hard-earned 2-0 win over relegation-threatened Aston Villa.

Sign up for the Liverpool ECHO daily Liverpool newsletter HERE

And Klopp said: “It’s like a timeout. I have wished for this for 20 years, pretty much. Nobody listened obviously!

“Now we have a drinks break and I like it a lot.

“But it’s important to have that. It was a strange period for the players and we didn’t know exactly how the boys would react. Nobody could know that.

“I really like the opportunity to talk. From the moment the referee’s whistle blows, it starts and it takes pretty much 30 seconds for the players to get around.

“You have not a lot of time to talk to the players. But you can give one or two bits of information.

“All the coaches have the same chance at the same moment, so that’s good. It’s fair. I like it.”