Huawei earlier this month released a beta version of its promised HarmonyOS 2.0 operating system for specific devices, and it appears to be based on Android.

This discovery comes after one of the developers decided to search a little deeper to find out what the new operating system from Huawei is about.

And Huawei recently started its long-range move away from Android without GMS with the first beta version From HarmonyOS 2.0 to select smartphones and tablets.

While having a standalone operating system is beneficial to move away from the overall ecosystem of iOS from Apple and Android from Google, it appears that this first version of HarmonyOS 2.0 is still based on Android.

One developer created the simple Hello World app that targets the old 4.4.4 version of Android, and found that the app displays a very similar error message on both virtual machines running Android and HarmonyOS.

The screenshot on the right shows the application installed on a virtual machine based on HarmonyOS 2.0, which shows that the error message is practically the same, with a slight difference being to replace the word Android with the word HarmonyOS.

It seems that this topic is redundant with other things, but instead of Android, the messages say: HarmonyOS, and the developer has also been able to ensure that HarmonyOS is based on the Android framework.

According to Huawei’s presentation, the Android open source AOSP project will be the starting point for what HarmonyOS is trying to achieve.

This means that the current beta version may depend on Android to fill the gap for users and application developers alike. But he’s likely to become independent in the future and move into his own.

It is reported that HarmonyOS is the operating system of Huawei, which aims to take over, as the current Android system, lacking Google’s mobile GMS services, has proven insufficient to advance the horizons of the company’s smartphones. 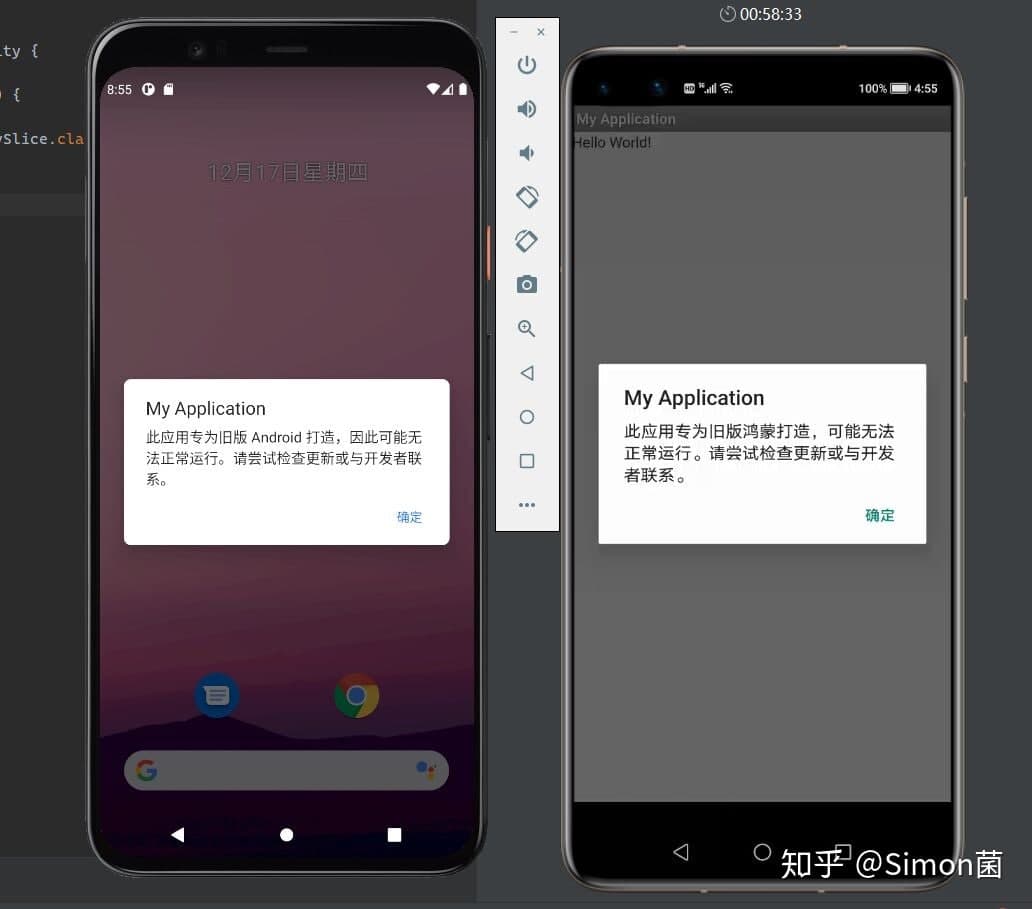