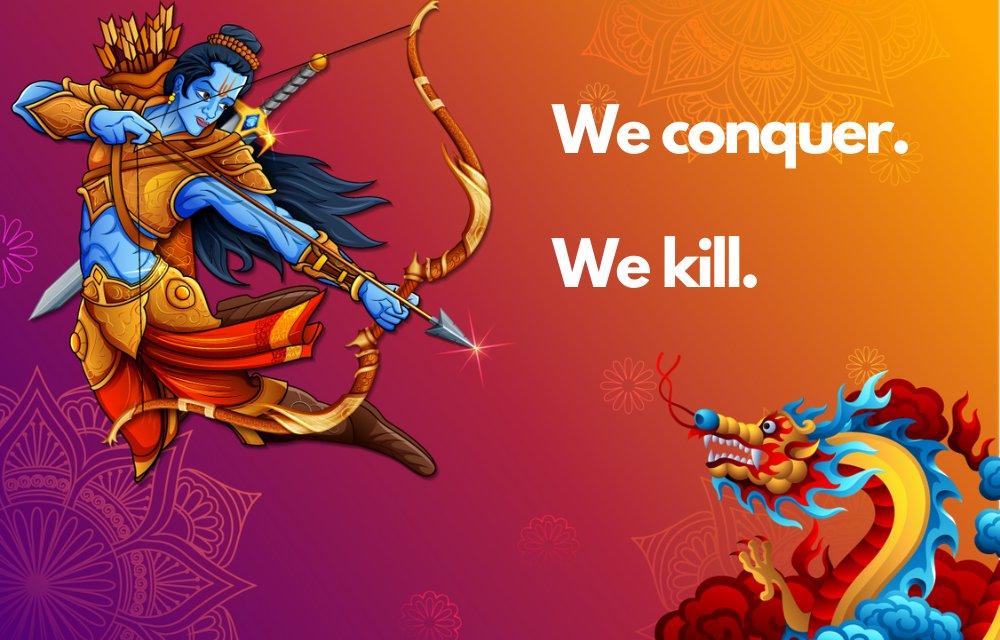 Amid the ongoing clash concerning India and China along the Line of Precise Control (LAC) in Ladakh, a war poster showcasing an Indian mythological determine and a Chinese dragon has caught the interest of social media consumers.

The illustration, which was originally posted on the Hong Kong social media website LIHKG, showcases Hindu God Rama poised to hunt down a dragon beside the terms, “We Conquer. We destroy”.

It was later on shared on Twitter by a indigenous of Hong Kong named HoSaiLei with a caption, “An Indian mate has now finished this beautiful Sino-Indian war poster.”

The now-viral war poster signifies that Hong Kong, which has been battling the Chinese suppression for very long, sides with India. As several Indian social media end users thanked HoSaiLei for sharing the illustration, he replied to a person of them saying, “Likewise!! Remember to know this, we guidance you!”

A Taiwan media outlet way too picked up the poster and presented it as “Image Of The Working day”. “An illustration showing Rama, the seventh avatar of the Hindu god Vishnu, drawing a bow and preparing to shoot a substantial arrow into a Chinese dragon was posted on the Hong Kong social media web page LIHKG,” explained Taiwan Information in an post.

Existing condition alongside the LAC

On Tuesday, June 16, an unparalleled violent clash took spot in Galwan Valley in Easter Ladakh with Chinese People’s Liberation Military (PLA) troopers attacking a tiny team of Indian Army adult men on patrol, resulting in fatalities on both of those sides. At the very least 20 Indian soldiers sacrificed their lives including the commanding officer. China reportedly lost 43 troops.

These are the very first casualties confronted by the Indian Army in a clash with the PLA considering that 1975 when an Indian patrol was ambushed by Chinese troops in Arunachal Pradesh.

Key Minister Narendra Modi on Wednesday, June 17, despatched out a crystal clear sign to the neighboring region expressing India would not tolerate any misadventures when it arrives to defending its sovereignty and territorial integrity.

In his 1st assertion post the bloodbath at the LAC, the PM claimed, “I would like to assure the nation that the sacrifice of our jawans will not go in vain. For us, the unity and sovereignty of the region are essential. India wants peace but when instigated, India is capable of giving a befitting reply.”