Hundreds of thousands of Victorians across the state live in areas free of the Coronavirus.

But for now, they’re still undergoing a tough phase 3 lockdown.

Pub owner Mitch Duncan, who runs The Farmers Arms Hotel in Daylesford, is one of them.

“The frustrating part that a lot of people don’t understand is that if you don’t have issues then why can’t you open up?” He said.

His Local Government Area (LGA) in Hepburn, which has a population of about 15,000, has no active cases of COVID-19.

The region has recorded two cases since the beginning of the epidemic.

For the latest news on the COVID-19 pandemic, read our live blog.

He said he and other business owners did not see the logic in staying locked-down when the risks were low locally.

“Common sense indicates that any region, town or region that does not have any active cases should be allowed to fully open its doors,” he said.

Victorian Prime Minister Daniel Andrews said decisions would be made about science, data and modeling, but that provincial Victoria was “on the cusp” of easing restrictions.

“This is a community that has no issues, they guard that zealously. There is a point of pride for those communities,” he said yesterday.

“I have a unique understanding of the frustration of those who don’t have much – or any – viruses, and the fact that the rules apply to them.”

There are more than 676,000 people living in regional and rural Victoria in LGAs with no active cases.

Many LGAs bordering NSW and South Australia do not have active cases, while some of the state’s regional centers, such as Bendigo and Shepparton, have seen their cases dwindle to odd numbers.

Bendigo Health CEO Peter Faulkner said he would like to ease restrictions – although caution is needed, he is confident of local contact tracing teams.

Ballarat, which had only 60 cases in total, is now at zero.

Geelong in the west and Latrobe in the east are treating cases in low teens, while Colac is fighting a recent outbreak that has resulted in 29 active cases.

The prime minister was asked yesterday why regions without cases, like Mildura, are placed in the same Colac basket, more than 500 kilometers away.

This would involve dividing the country into different regions, drawing borders and bringing them under control of checkpoints, Andrews said.

The premier stressed that it may be possible as early as next week for the Victoria Regional District to meet the thresholds required to begin easing restrictions.

This includes reaching an average of fewer than five new daily cases within a two-week period, and fewer than five “vague” cases, as disease investigators cannot trace the source of transmission.

As of yesterday, the Regional Victoria has had an average rolling of 4.5 new daily cases, and eight mysterious cases.

Deputy Chief Health Officer Allen Cheng said there was no “hard and fast rule” about appointments.

Health officials will need to consider a range of factors, such as whether there has been a spike in recent days, whether the cases are linked and the circumstances of the outbreak.

Professor Cheng said, “The date, as I say, is a bit like the due date for pregnancy. Only 5 percent of babies are born at the actual birth date, and there is a range before and after birth.”

Shannon Dubey, member manager at Business Wodonga, said the lockdowns were emotional in her community, with the added complexity of being located on the border with New South Wales.

“Our business has been really flexible, and it’s doing its best ever. But unfortunately, it was very difficult,” she said.

Certainly, there is a feeling of frustration. [in that] Cases were very low.

“We realize the lines should be drawn, however, and there is definitely frustration about making sure everyone is treated equal when things aren’t always equal.”

Ms Dubey said the length of restrictions and the multiple changes in the rules had had an impact, but was honored to see the community come together to develop an e-commerce platform and adapt.

She said she saw companies “do everything they can to stay safe, and give that confidence.”

“It is clear that they are looking to open up and return to some sense of retail and business standards,” she said.

“Everyone is very eager to achieve this.” 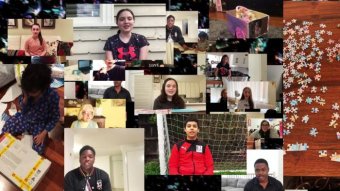 With Melbourne entering strict lockdowns with nightly curfews, mandatory masks and a ban on social gatherings, ABC began documenting life during this once-a-century event in the words of those who live in it.

A survey released yesterday revealed some insights into how Victorian companies viewed government roadmaps to reopen, suggesting regional firms may have been more optimistic.

Conducted by Glow Research for marketing company Sensis, 17 percent of the 400 SMEs surveyed were in regional regions.

Nearly one in four or 19 percent of companies in Melbourne said it would take more than a year to make a profit, compared to only 4 percent in the regions.

Sensis CEO John Allan said there was also a “big difference” between city and country when asked how difficult it would be for their businesses to continue with the new roadmaps.

43 per cent of regional firms said there would be no “impact” on their survival, compared to nearly a quarter of firms in Melbourne.

Passionate about clarity but generally optimistic

Duncan said he still needs more clarity about what “eating mostly outdoors” means to his business as restrictions are eased.

“I think that’s the disappointing part. I’m still really positive about the outcome. We’ll get there.”

He said he trusted the health experts advising the government, but hoped for some new approaches.

He noted that areas still fighting an outbreak could be fenced off, and there might be harsh penalties for crossing infected postal codes.

“If it doesn’t work, be smart enough to shut it down and change direction,” he said. 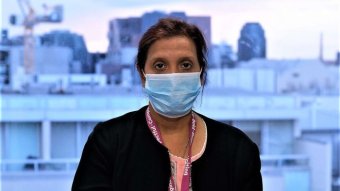 While Victoria was in lockdown, mental health workers in the state were witnessing the fallout from the epidemic.

The tourist city often relies on Melbourne residents spending the weekend away, and when the restrictions were initially loosened a few months ago, “it was as if the gates were open – the company could totally back down,” Duncan said.

But he said Delsford had a strong business from visitors from outside the city, from Gippsland, Geelong and Bendigo, and was looking forward to welcoming them again.

During the lockdown, his chefs were trying new dishes at home, renovating the hotel and focusing on business ventures outside the hospitality industry.

He said, “It was a good thing for us to be honest. Not gloomy in any way.”

“You have to look on the bright side of it and then find the good.”