Battle of the Brits: Andy Murray returns to action in London charity event 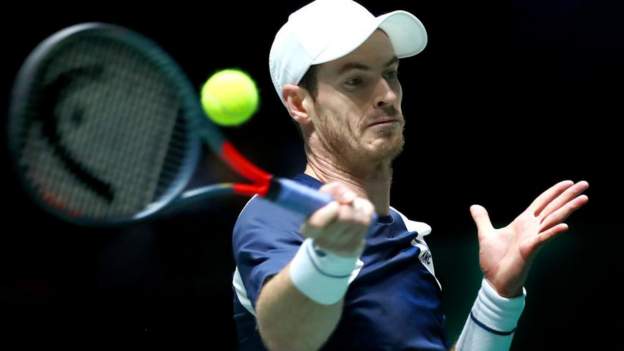 Andy Murray will play his first match in seven months when he takes on Liam Broady on Tuesday on the opening day of the ‘Battle of the Brits’.

The Scot, 33, has not played since the Davis Cup Finals in November after sustaining a pelvic injury.

The six-day charity event, organised by his brother Jamie, is being played behind closed doors at the National Tennis Centre in Roehampton.

British number one Dan Evans and Kyle Edmund are among the others in action.

With the professional tour still suspended because of the coronavirus pandemic, this singles and doubles tournament will give the top British players some competition practice before August’s planned restart and raise money for NHS Charities Together.

Murray’s opening match is the fourth of the day on Tuesday and so is likely to start around 17:00 BST.

Who is playing and how can I follow it?

In the doubles, Jamie Murray and his partner Neal Skupski have been drawn in a group featuring Broady and Norrie, and Evans and Lloyd Glasspool. In the other group Edmund teams up with Draper to face Joe Salisbury and Jonny O’Mara, and Dom Inglot and Clarke.

The event is on Amazon Prime in the UK and BBC Sport will have selected video clips as well as BBC Radio 5 Live Sports Extra and live text commentaries on some matches.

What is the format?

The men’s singles features eight players, who are split into two groups for a round-robin stage. The top two from each group advance to the semi-finals.

The doubles is a similar format, although there are two groups of three.

Matches will be two sets with a tie-break.

There will be no ball kids or line judges to minimise numbers on court for social distancing purposes.

Knockout stages, fixtures and times to be confirmed.