In the final round of the second European Championship in a row, Hidde Brink took the bronze medal. This was a reward for the Benocchi goalkeeper who recovered well after a game less against Belgium and rightfully established himself as first choice under national coach Robert Tigues.

“Overall I’m satisfied,” says Brink of his personal performance at the Sporthalle Hamburg. “I was able to step up every game. Compared to two or three years ago, we are getting better defensively too. It also becomes more difficult for me as a goalkeeper, because I get relatively fewer balls. Considering my preparation time for three Weeks, I think I’ve grown to a relatively high level in the tournament.

That was fine, because in the third group match against Belgium, Brink personally had to deal with disappointment. At halftime, he was substituted by Tigges for Joey Fontaine, trailing 4-1. The Dutch eventually left the field with a 10-7 victory on the bag.

I caught a lot of balls in the first quarter, but three balls went into the second quarter. Then a few taps are flushed open. I criticize myself. I strayed from my goal too many times too soon. I should have been more patient to let those balls come to me. I can count on my reflexes because I’m strong on the line.

Hidde Brink disappointed after being substituted against Belgium during the European Championship Hall in Hamburg. Photo: William Ferns

Brink was not put off by his disappointment for long and was kept under the crossbar again as the first choice national coach for the next match and ensuing duels. It was a mental challenge to pick myself up again. Especially with the six-match tournament format. It was like a marathon. Recharge every time and be mentally alert.

And Brink grabbed a number of good shots against Austria and also in the bronze medal fight blocked the Swiss’s equalizer twice after the opening goal. “I’ve become more and more consistent and I’m happy with that. It was also because we developed defensively in the tournament. The structure was better, which made the balls more predictable for me. 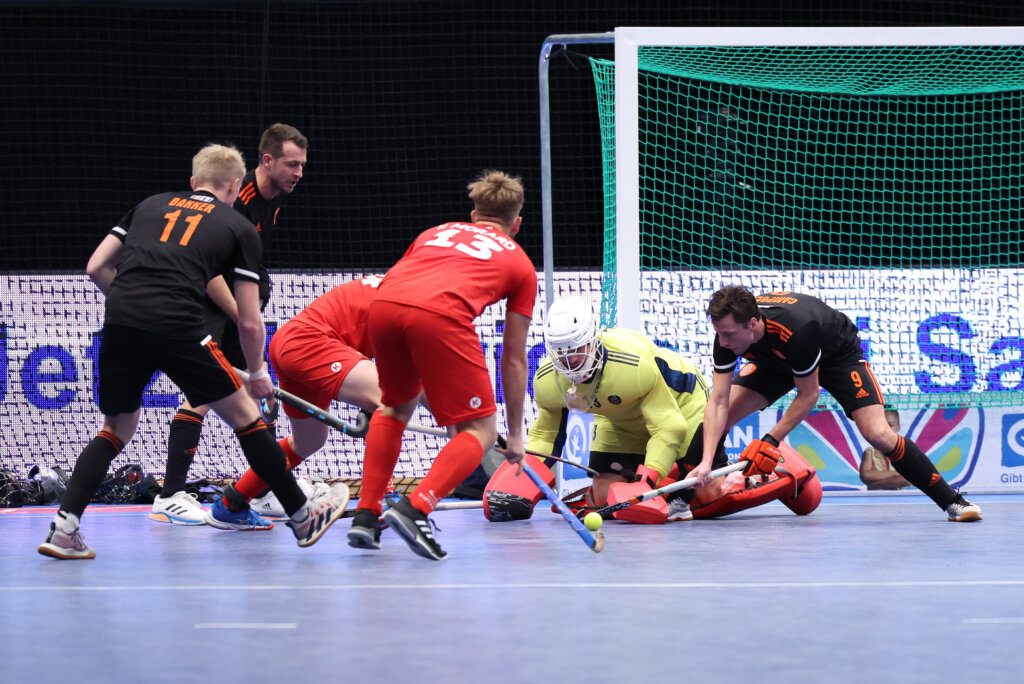 “Two medals in a row is very good. We secretly came here with gold aspirations, I have to admit, but in the end we are very happy with the bronze. We have started an upward trend with the Dutch hall men and are constantly working to hit the big prize in the end.

Perhaps the main prize will be in Pretoria, South Africa, where the World Cup will be held next February. “There are opportunities,” Brink admits. “Germany are not participating and we beat Austria. We also have a little longer preparation time in preparation, especially compared to other teams. We have five weeks to tighten things up. I have high hopes that we will score high in the World Cup.

But before that, next weekend the Hoofdklasse Zaal is on the programme. Brink then traded the orange uniform for a dark blue Benokki, who would defend the national title. “Yes, I’ll be back next week under the pub. We also have a very good team this year. I think we can go to number one again. 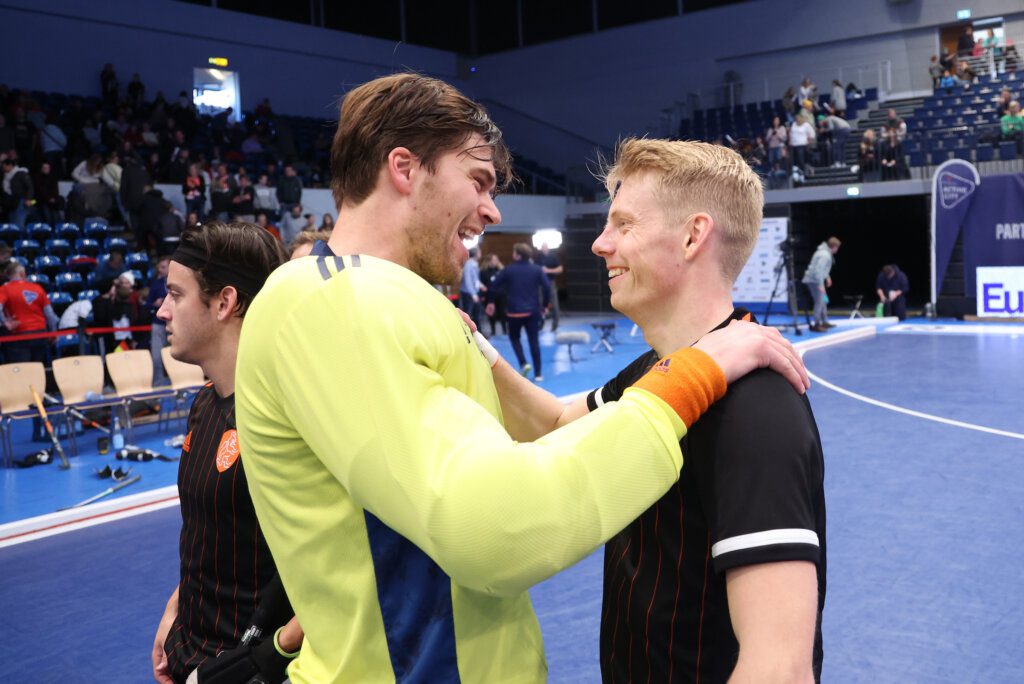 Hidde Brink and Jochem Bakker are happy with the bronze medal at the Hall of the European Championships in Hamburg. Photo: William Ferns