Backblaze, an online backup storage company, released a study that evaluated the reliability of solid state drives and hard drives. At the same time, it turns out that the SSD has a much lower failure rate than the HDD. This data was collected from thousands of Blackblaze data center servers over the past few years.

Backblaze has been analyzing the reliability of its hard drives for years and has detailed graphs showing which hard drives from WDC, Toshiba, Seagate and HGST are most reliable and prone to failure. But this is the first time that Blackblaze has also started analyzing SSDs.

It’s worth noting, however, that the average life of SSDs used by Backblaze is only 12.7 months. Meanwhile, the average life of hard drives used by the company is about 4 times longer which is 49.6 months. In addition, Backblaze only uses solid state drives as boot drives on their servers, so they can have a lower workload compared to hard drives that are physically used on an ongoing basis to back up customer data. 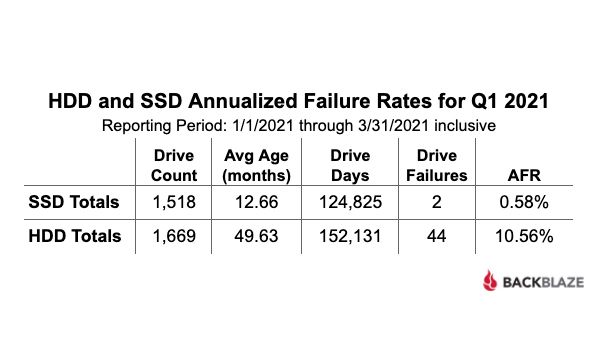 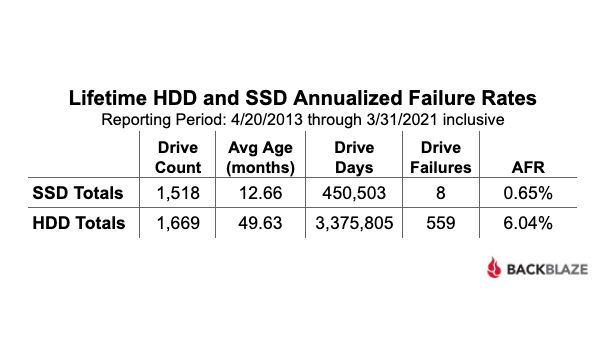 The superior reliability of SSDs becomes more evident in the life cycle graph, where SSDs have a failure rate of only 0.65%. The hard drive failure rate was lower at 6.04%, but it wasn’t yet close to the SSD scores.

To compare the reliability of individual hard drive models, Backblaze provided us with a table of all hard drive models actively used in their servers. They range from HGST to Seagate and Toshiba drives and two WDC drives. 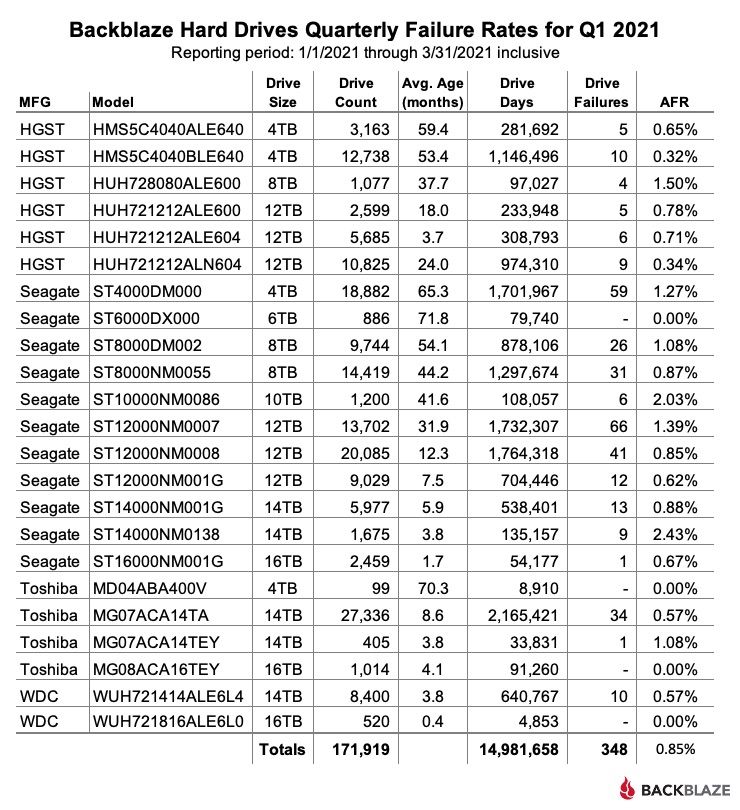 Most notable are Toshiba drives, 16 TB WDC, 4 TB Toshiba, and 6 TB Seagate drives, which have yet to be reported. Some 12TB and 4TB HGST models show very low failure rates, with an average of just 0.33%.

Meanwhile, only the highest failure rates are found among Seagate hard drives. Some models from this manufacturer have a failure rate of over 2%.