Tholen – the sweet smell of the forest floor, which you would not immediately expect in a greenhouse. However, there are growers with soil that smells good and works well. Remarkably, especially abroad, the worms they use for this purpose regularly come especially from Holland. Mark Thor from Migros knows all about it. He specializes in worming and gives advice on using worms to get good soil.

Mark started at Megrow four years ago. Megrow is the advisory branch of The Dutch Nightcrawlers worm farm in Almkerk. Some farmers knew where to find the nursery, where many worms used for fishing are grown, in their search for worms for better soil. However, most farmers still use few worms. “Even organic farmers sometimes lack proper knowledge. They know worms are important, but they are often easily satisfied just by seeing worms.”

Troubleshooters
With farmers approaching Mark, a worm specialist can often be heard asking them what the problem is (the cultivation). “What I hear a lot is a problem in the corner of the greenhouse where the water stays. Then the farmers there are looking for a way to allow the water to better penetrate into the soil. Then they end up with the worms digging tunnels to drain the water.”

At such a moment, the worm serves a mechanical purpose, as Mark calls it. You can now see the same on Museum Square in Amsterdam, for example. All police vans and water cannons running over the grass there ensure soil compaction. We’ll sit worms to solve that. “

He also receives questions about the use of worms for chemical purposes. For example, if manure or magnesium is sprayed. “The farmer wants the nutrients and magnesium to get to the roots well and then they also go to the worms.” 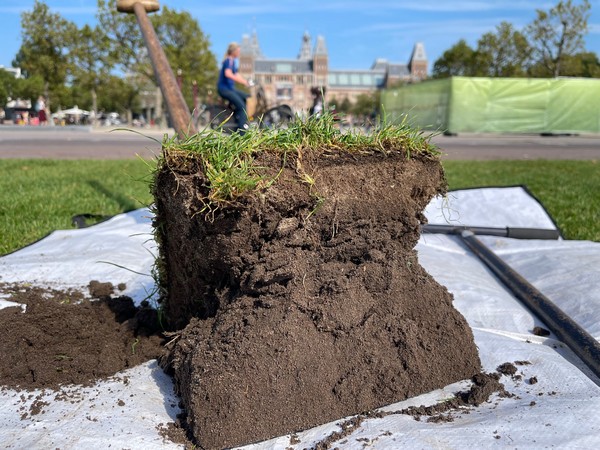 vermicompost
Worms experts divide worms into three groups. These are worms that live above the soil in the litter, worms that move horizontally in the upper 60 cm. The third group consists of worms that make vertical passages and move from ground level to groundwater. Worms that help farmers with the above problems fall under groups 2 and 3.

Worms of the first group, “litter walkers”, are observed the fastest because this species moves in the upper layer of the soil and lays eggs there as well. The humus made by worms is called vermicompost. A non-animal fertilizer that does not release nitrogen and contains all the beneficial nutrients that the plant can fully absorb. “It’s a long-acting, organic soil conditioner.” 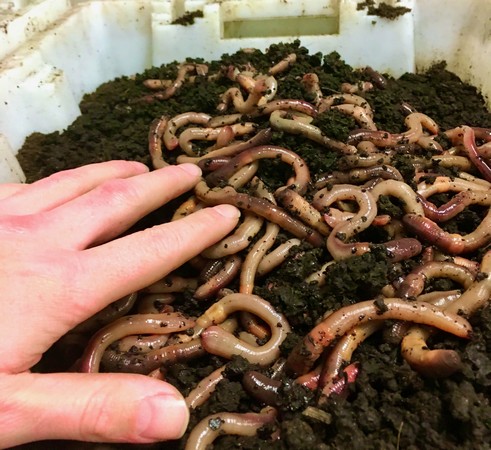 In the cultivation of medicinal cannabis in the United States, farmers have already discovered what the fertilizer looks like. Even less here. “However, I don’t know why it is so successful there. Perhaps with the arrival of cultivation in Europe, the vermicompost will increase in popularity here as well.”

forefront
Mark is a staunch supporter of the permanent census of worms in the soil. A mixture of three groups of worms is important for this. “I still encounter many worm-free soils, and if you encounter worms in a greenhouse, the first group worms are often missing. Farmers who already work with worms use them for their permanent production of worm compost. In floriculture, for example, you already have Farmers deliberately leave pruning waste at the bottom so the worms can turn it into vermicompost. Some organic greenhouse vegetable growers have already reached that stage, as well as some consultants who also provide international advice. However, they are still on the cutting edge.” 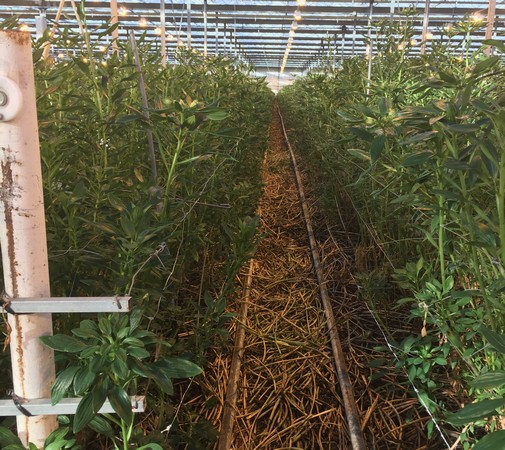 Post-steam package and permanent kits
When Mark started four years ago, he was still a normal person. He made nature documentaries and was a landscape gardener. “However, as soon as I contacted the worm farm, I decided to pick up the gauntlet and take the lead in raising awareness of the worm to improve soil structure. It was also found that they had a separate breed in the nursery for worms that are specially bred to improve soil structure. However, it was only used sparingly. Little in practice for a long time.”

This is getting better and better in the greenhouse. Worms are now part of the group of gardening suppliers. “A few standard blends are offered. In time, I want to add a post-steam package to that. Now a large part of the population dies after each round of fumigation and the farmer needs new worms. Soil fumigation will be banned in the near future. The post-steam package contains the worms you need to build a lasting community. This usually takes about 24 weeks.” 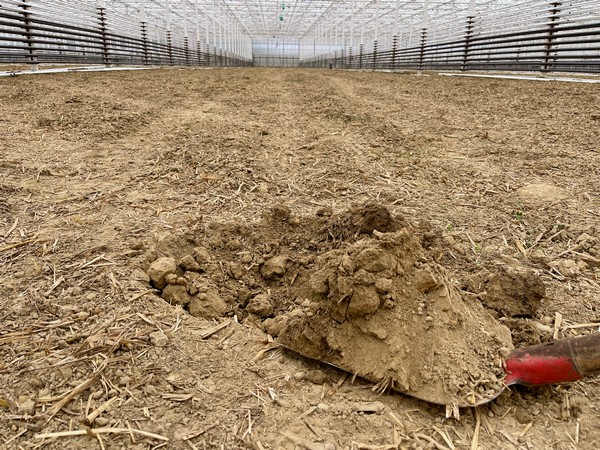 Using the map, Mark keeps a record of all known groups of perennial worms for himself. “My goal is to replenish as many agricultural soils as possible.” He also has a point in sight. “I would like knowledge over time to be so widespread that I can take a step back. When I started I asked a lot of scholars. Today they also ask me. It is time to grow.”