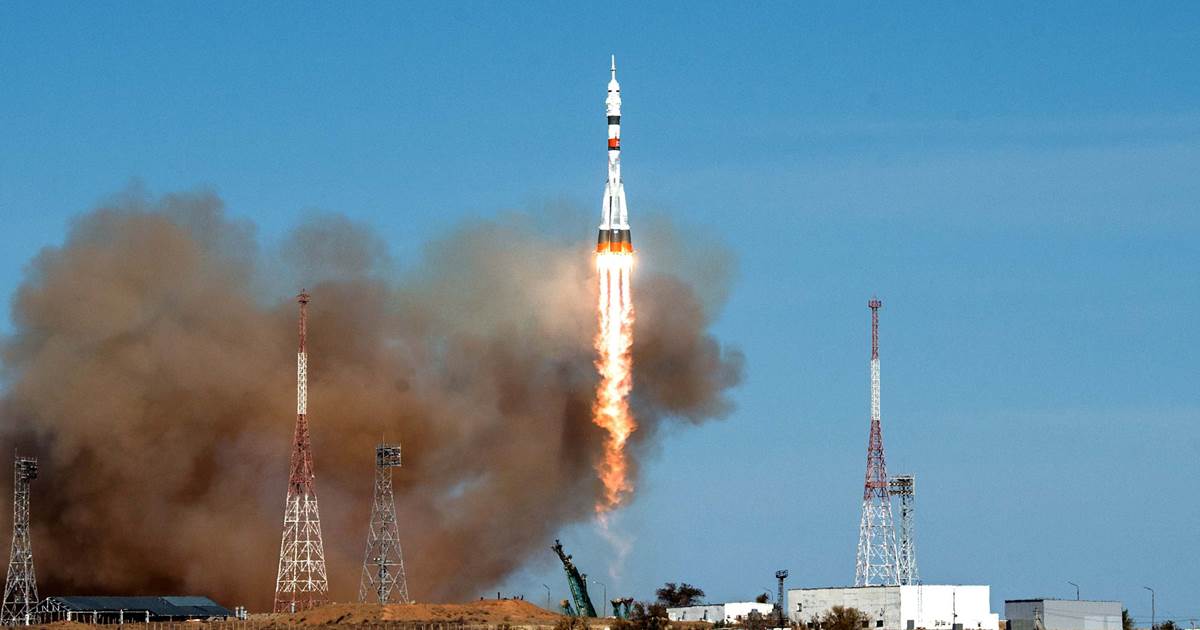 Baikonur Cosmodrome, Kazakhstan – Since the launch of Sputnik and Yuri Gagarin from the steppes of the Kazakh desert more than 60 years ago, the history of spaceflight has been measured by milestones.

At 8.45 a.m. local time, a Soyuz rocket blasted off the Baikonur Cosmodrome, Russia’s sprawling and remote space launch facility in Kazakhstan, for the International Space Station.

It was the last time that NASA had paid an American astronaut to fly with the Russian space agency, Roscosmos, on such a flight. Next year, for the first time since the International Space Station program began 20 years ago, Russia will carry all-Russian crews aboard Soyuz.

But in just a few weeks, NASA will begin transporting its astronauts to the International Space Station aboard the SpaceX Crew Dragon spacecraft. The agency hopes to eventually allow Russian astronauts to board the dragon, but it is unclear when this will happen.

A Roscosmos spokesperson told NBC News that there are no specific plans for any Russian to join the US project, adding that this question is closely linked to future US flights on Soyuz.

It will take at least a year before any kind of seat swap takes place, said Stephen Corner, NASA’s director of flight operations at Johnson Space Center in Houston.

He said, “It will really depend on the American crew vehicles launching at some tempo.”

The collaboration between NASA and Roscosmos aboard the International Space Station was successful. Both sides regularly praise each other and praise their relationship, but this partnership was the product of a different era in US-Russian relations.

“Cooperation between the United States and [Russia] “It happened because changes in this part of the world made this possible,” said Susan Eisenhower, author of Partners in Space: US-Russian Cooperation after the Cold War.

However, the ensuing partnership in space occurred because it served the interests of both countries.

After years of preparation and construction, the International Space Station was ready for service as a widespread embodiment of post-Cold War reconciliation and cooperation between longtime adversaries.

When NASA retired from the US space shuttle program in 2011, it was left entirely dependent on purchasing flights from Russia – a deal that has supported Russian launch efforts for a decade. This dependence became a hot political issue for NASA domestically after Russia’s annexation of Crimea in 2014.

There were efforts made by government officials on both sides at this time to politicize the relationship and use it to punish the other in some way. On the Russian side, then Deputy Prime Minister Dmitry Rogozin threatened to cut off NASA from its flights to the International Space Station in response to US sanctions against him and Russia over its actions in Ukraine.

These comments aroused a greater sense of urgency in the US effort to find a new spacecraft capable of delivering American astronauts to the International Space Station. The result is SpaceX’s Crew Dragon vehicle and another vehicle designed by Boeing that will fly later next year.

“While bilateral relations may be tense at these times, it is crucial that there is an area of ​​endeavor that remains above geopolitics,” Eisenhower said. “It would be a shame if this, the last area of ​​our fruitful cooperation, is effectively abandoned.”

As part of its efforts to launch the New Moon Program, NASA has proposed building a new space station in lunar orbit called the Lunar Gateway, and has invited all International Space Station partners to participate. But NASA Administrator Jim Bridenstine said on Monday that the Russian space agency (Roscosmos) has not yet decided whether it will participate.

Rogozin, now president of Roscosmos, said at a space conference on Monday: “From our point of view, the portal in its current form is too much centered around the United States … so it will likely refrain from participating on a large scale.” [the project]. “

“Under the current circumstances and political trends in US-Russian relations, I think that there is no future for bilateral space relations,” says Russian space policy analyst Pavel Luzhin.

Matthew Bodner is a Moscow-based producer and reporter for NBC News.