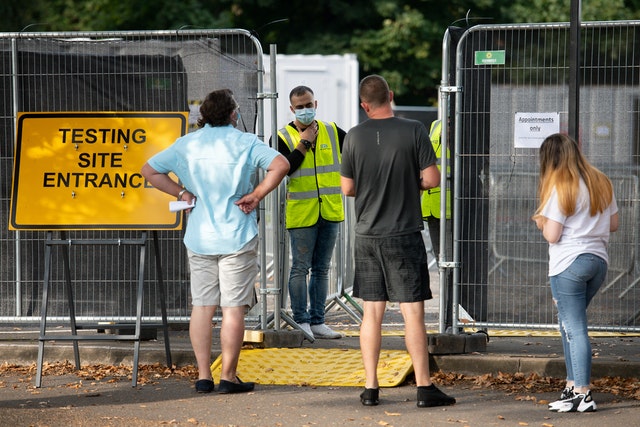 Significant additional restrictions on our freedom to mix with people, in social or work settings, could be introduced within two weeks, if the “rule of six” did not lead to a change in behavior and a flattening of Corona Virus Incidence rate.

I spoke to members of the government and its scientific advisors, and it struck me how concerned they were that the virus might spread out of control again.

A member of the SAGE told me: “What worries me now is that we might be too late again to avoid a big second wave.

“If we wait for the death toll to rise again before decisive action, we will have a problem again.”

A prominent member of the government told me he was well aware of the scientists’ concerns.

“There is no possibility for us to wait for the death rate to rise before we act,” he said.

He added that the time frame for assessing whether the new “base of six” this week has done enough to quell the virus is two weeks.

There is a view at the top of government that nearly every measure of social distancing other than school closures should be considered.

A senior science advisor told me, “Insurance is the only thing we know works, to be honest.

“I think if we want to keep schools open, maybe we have to look seriously at a wide range of other measures to stem a major second wave.

“And we have to think about doing it now – which is what we are starting to do.”

Further restrictions on our way of life will split the ruling Conservative Party.

Many Conservative MPs disagree even with the new legally enforceable rule in England in which we should never meet in groups of more than six and variants in Scotland, Wales and Northern Ireland.

The prime minister has spoken of returning to something like national lockdown as a “nuclear option”, as a last resort.

But his preference and Health Secretary Matt Hancock for targeted domestic work took a big hit by the Health Department Sudden collapse of the Covid-19 testing system due to increased demand This means that it is now difficult for the NHS Test and Trace to pinpoint where the virus has spread.

Hancock is in great trouble trying to match capacity more closely to those who need testing.

It will take weeks to greatly increase the processing capacity.

So he is considering requiring GPs to act as guardians of the testing regime, which means those who want to take a test can only get a test if their local doctor allows them to do so.

But introducing a GP scan would undermine the timing of the data, as it would add at least another 24 hours to the process of wanting or needing to test and obtain a result.

I understand that Hancock is very reluctant to assign this responsibility to GPs, but he may not have a replacement.